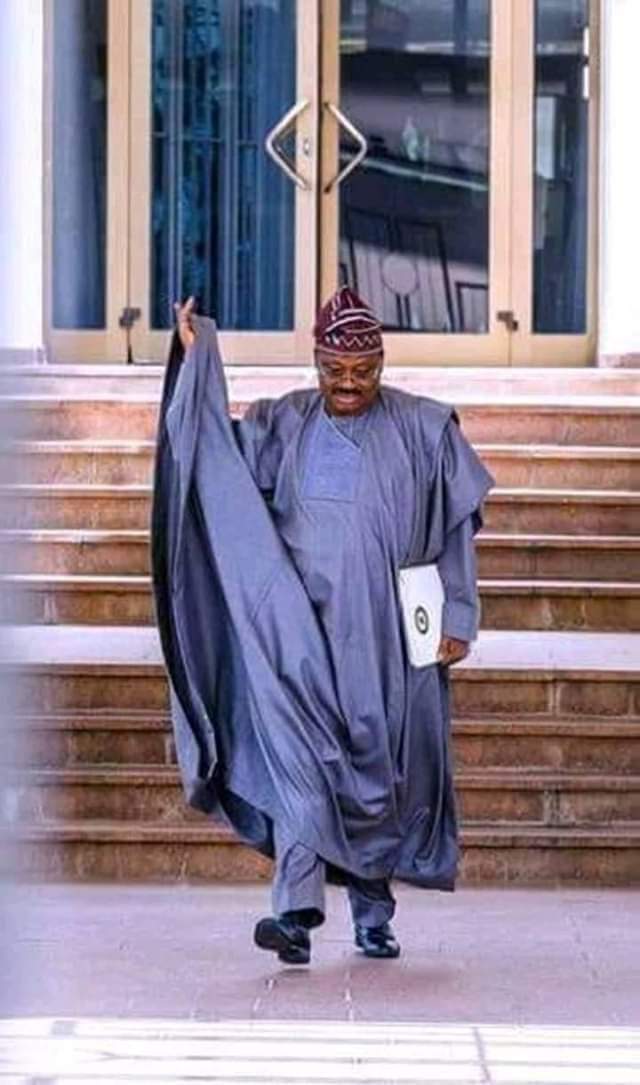 Embrace Peace, Let’s Go Back To The Drawing Board – Ajimobi Tells Adelabu and Others

The Oyo State governor, Abiola Ajimobi has advised the losers of last National Assembly, Governorship and State House of Assembly elections in the state to in the spirit of sportsmanship embrace peace and begins to prepare for the next election.

The governor, who also lost Oyo South senatorial seat to a dirk horse, Dr. Kola Balaogun implored the lossers to either go to court of law to challenge their opponent victory if it is questionable or accept the defeat and go back to the drawing board ahead of next election. He gave the charge while addressing journalists on Tuesday at the Governor’s office.

Ajimobi who had congratulated the governor-elect, Mr Seyi Makinde of the opposition People’s Democratic Party (PDP) charged the incoming administration to learn and sustain the good things of his APC led government while also working on the areas he (Ajimobi) might have been perceived not to have done well.

He warned trouble-makers not compromise on his legacy of peace and security of lives and property until the last day of his administration, urging the incoming government to ensure that the state does not slip back into the days of brigandage, adding that such will be antithetical to development.

Ajimobi said “In all things, we must appreciate God and God has been very kind to our government. First, we have been able to for the first time, use eight years, and it was eight years of peace, security, safety and of development on all fronts.

“When you talk about this last election, from the results that we have seen, the declared winners, the usual thing as a sportsman and democrat is to congratulate all those who won and to encourage those who lost to accept the losses.

“Also, is the fact that we encourage sustainability of peace and development. We must not allow Oyo state to slip back to the days of brigandage. It is antithetical to development.

“So, all those who lost should accept and if they find reasons why they lost, and they believe that some maneuvering or manipulations have been done, they should take the legal course.

“But if you believe that nothing untoward has happened, you leave it and prepare for the next time. My admonition is that our people should maintain and sustain peace.

“This government will not leave until the 29th of May. Between now and the 29th of May, we are in government and will ensure peace and tranquility which is the hallmark of our administration. And we believe that all hands must be on deck to maintain this.

“Once our pluses are more than our minuses, it should be encouraged. The fact that we lost does not mean that we should throw away the baby with the bath water. I think there are good things he can learn from us, there are good things we will be ready to give him to take from and he should adjust and improve on the bad ones so that we can go to the next level.”

Ibarapa Killing : We Didn’t Raid Our Settlements With…