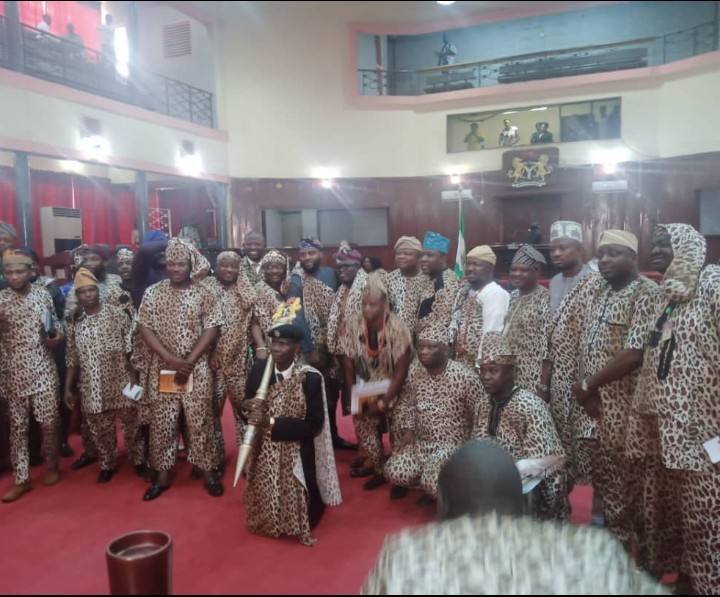 This decision followed the presentation of the report of the House Committee on Security and Special Duties at the plenary.

One of the objectives of the bill is to create a security network that would collaborate with and assist the Police and other security agencies in maintaining law and order within the state by making available relevant information on crime.

The bill had earlier scaled through the first and second readings during an extensive deliberation on the floor of the House, after the draft bill was transmitted by Governor Seyi Makinde to the House.

Subsequently, it was committed to the Committee of on Security And Strategy, headed by lawmaker representing Ibadan North West II Hon. Akeem Obadara the House thereafter conducted a public hearing attended by traditional rulers, farmers, driver unions, and other stakeholders, on on Monday 24th.

Hon. Obadara at the floor of the House on Tuesday stressed the bill proposal is a product extensive deliberation by critical stakeholders, noting its provisions was painstakingly subjected to clause-by-clause and point-by-point scrutinization at the public hearing.

In his remarks, the Speaker, Rt. Hon. Debo Ogundoyin said the House had fulfilled its fundamental responsibility of making people-oriented laws that would guarantee adequuate protection of lives and property of the people of Oyo state state.

Ogundoyin expressed optimism that the bill when sign into law would stem the tide of kidnapping, banditry, armed robbery and other manifestation of criminalities that have continued to constitute hindrances to people’s normal social and economic life.

He said: “By passing this bill, we have made history and we will be creating big strides towards providing and ensuring that all persons travelling along the highways, major roads, remote areas, hinterland and forest are free to participate in their normal social and economic life without fear or hindrance.

“One of the major concerns has always been the issue kidnapping, banditry, armed robbery and all other forms of criminalities . We believe that this bill will provide the needed security for our people.

“You dont need to preach to the converts. We have a governor who is an Amotekun himself and we have not passed the bill in vain, so you can be rest assured that the law will be accorded speedy assent by the governor”, he said.

On some amendments being sought to the final copy by members, Ogundoyin added : “you can’t get a perfect law anywhere and if you pass a law and if it becomes problematic tomorrow, then the  mechanism of amendment will set in.

The speaker commended the members of the security committee for the public hearing conducted, saying they didn’t shortcuit any of the stipulated rules of the House to arrive at the conclusion.

The speaker added that the report encapsulated the views of the people, who are yearning for a well secured and well protected environment.

With the passage by the House, the bill is ready to be transmitted to Governor Makinde for assent.

He Is A Courageous Man, Very Consistent In Dealings –…