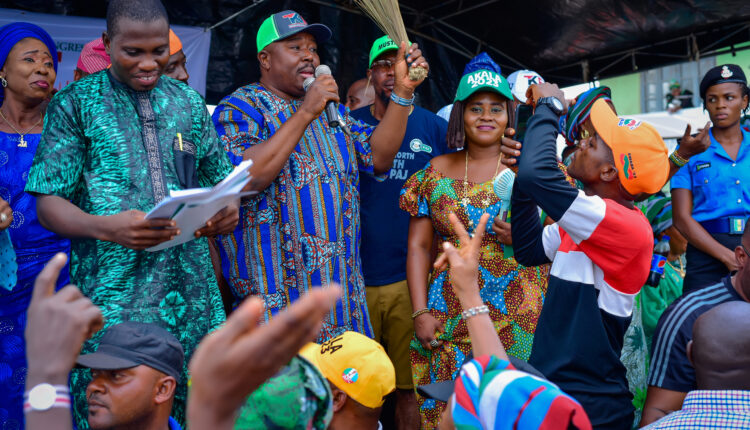 The Time is ripe . No inhibition. BSA checks his timepice and he gets the call from heaven to sail. Its time Andrew Lang describes as ” when the wind is in the west, most favourable ”

Political pundits in Oyo South Senatorial district are of the opinion that its high time BSA entered the race to make a difference. BSA doesn’t follow the path created by others, he creates his own and leaves a trail. His exemplary Political records attest to this.

He is the soothing wind that blows from the back as contained in ” the rime of the ancient mariner ” by Samuel Taylor ..

When in 2004 he served as Amir Hajj of Oyo state delegation to the holy lands of KSA , people were in upbeat mood that they never had it so good. His sense of coordination was second to none .

Also, under his watch as the chairman of Oodua investment, he built the Heritage and cocoa mall in Ibadan, Enterprises development centre at Ado Ekiti, Aje Shopping complex at Oshogbo to mention but a few .

His zeal and efforts to bring peace to the land earned him an NSDC award in 1992 as a Supretendent .

His life achievement is underpin by focus and devotion, that’s why the people of Oyo South Senatorial district are calling on him to come and puts smiles on their faces through good representation and they in turn had vowed to proof that ” ballot is stronger than bullet ”

People make BSA their preference largely because of his cognate Political experience. While others depend on a compass to know how they will start, he has already hit the ground running..

To be ,as its held in idealism, is to be perceived. Someone can’t just come and tell the people his period will be ” a Lesivian turning point ” , they will ask him to bring a proof how he has vorayed in the political storms in the past before thinking of a turning point ? .

Going by the avalanche of BSA political experience which raises BSA above other candidates in the race, the coast is indeed clear for him in 2023. And as BSA himself says ” its time to serve .” Its BSA O clock “.

This is the concluding part of the series on why the people of Oyo South should not reframe the edge, BSA is the right peg in the right hole.. Wishing him best of luck.

People Certainly Made No Mistakes By Rejecting You In 2019,…