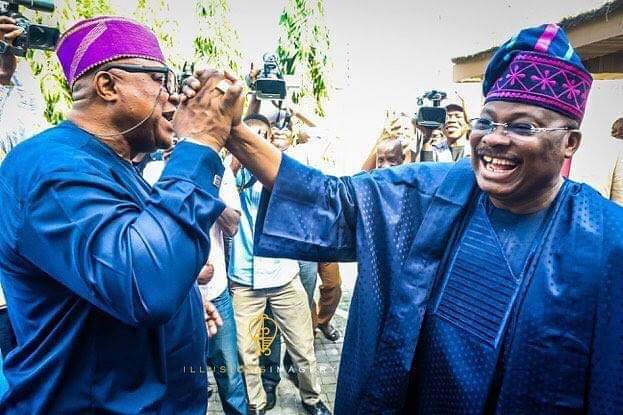 Finally, the Ogbomoso political heavy weight had decided to do with the Oyo APC after long alliance negotiations with oppositions.

It is no longer expectation, as the ex governor, Otunba Alao Akala made his decision to withdraw from governorship race to support APC governorship candidate, Chief Adebayo Adelabu.

In a related development, the ousted Unity Forum that joined ADC had also decided to do with their old party APC in the state.

It is confirmed, both Akala and Unity Forum are now ready to give their unreserved support to Adelabu in the next governorship election in the state.