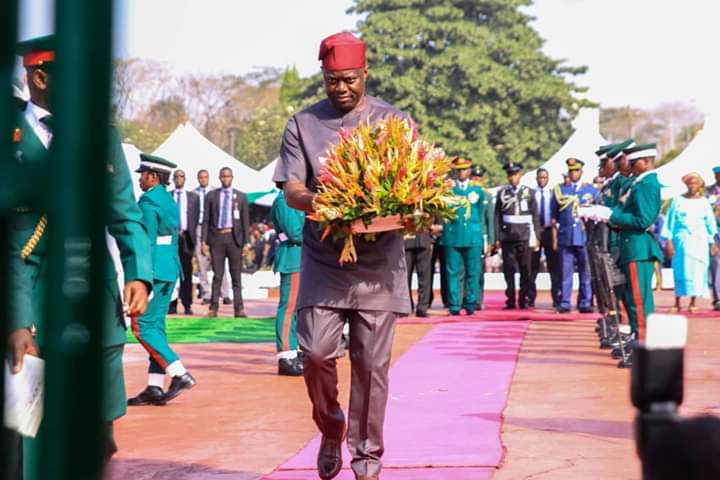 Oyo State Governor, Engineer Seyi Makinde says sacrifices made by the Armed Forces is significant towards the unity and oneness of the country.

The governor made the remarks after the wreath-laying ceremony and grand finale of the 2020 Armed Forces Remembrance Day activities, held at Remembrance Arcade, Government House, Agodi, Ibadan.

He stressed that the contributions of the fallen heroes to their fathers’ land required appreciation and enjoined people to take care of the dependants of these heroes and those that have been disabled in course of carrying out their service to the nation.

In an interview, state chairman of the Nigerian Legion, Deacon Michael Fajimi called for assistance of both state and federal governments for the dependants of the fallen heroes.

Firing of rounds volley to symbolize burial party for the fallen heroes was also observed.