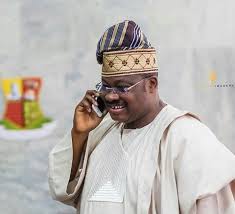 The National Working Committee (NWC) of the All Progressives Congress (APC) has approved the nomination of Arch. Waziri Bulama as the Party’s Acting National Secretary.

The decision was reached on January 14, 2020 during the meeting of the NWC at the party’s National Secretariat.

Following the resignation of H.E. Mai Mala Buni as the Party’s National Secretary in May 2019 prior to his election as the Governor of Yobe State, the party subsequently gave notice for a replacement from the zone.

The NWC has also approved the nominations of Senator Abiola Ajimobi as the Deputy National Chairman (South) and Mr. Paul Chukwuma as the National Auditor following nominations from the respective zones.