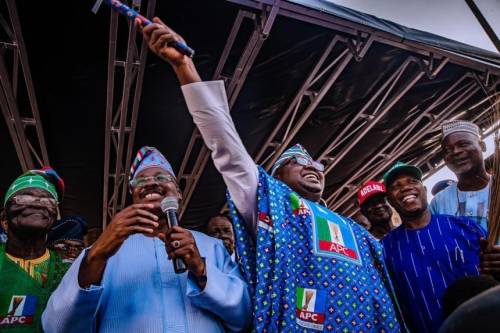 Candidate of All Progressives  Congress, APC in the March 9 Governorship  election in Oyo state, Mr. Adebayo Adelabu has petitioned the Governorship  Election Petition Tribunal challenging the victory of Engineer Seyi Makinde in the election.

The petition was jointly filed by the candidate, as first petitioner and his party, All Progressives Congress as second petitioner.

The Petition is having Independent National Electoral Commission INEC, as first respondent and Engineer Seyi Makinde and Peoples Democratic Party as second and third respondents.

Westerndailynews gathered that the petitioners want the Tribunal to declare the APC candidate Mr. Bayo Adelabu the winner of the election.