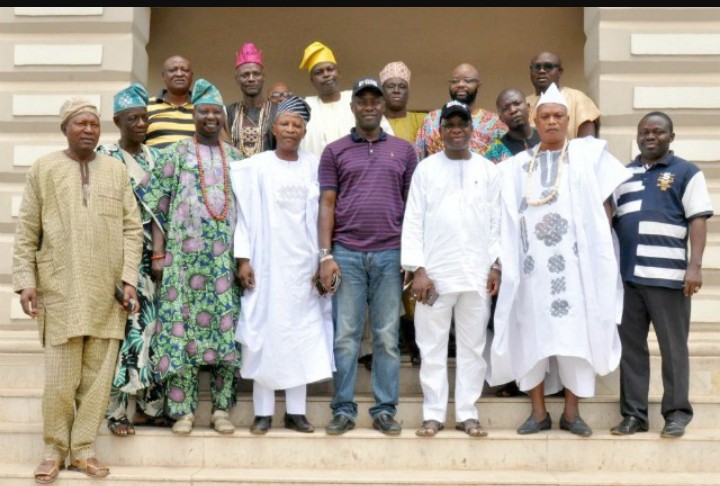 The association of Ibadan Mogajis on Thursday during their meeting in Ibadan has lauded the administration of governor Seyi Makinde for chosen Alhaji Mukaila Lamidi Auxiliary as the chairman disciplinary committee of the newly established Motor Park Managers system which replaced the banned
National Union of Road Transport Workers (NURTW) in Oyo State.

The Mogajis described the governor’s decision as good plan not only to encourage peace in Ibadan but in the state as a whole.

The Mogajis in Ibadan land, otherwise known Authentic Mogajis, on Thursday praised Governor Seyi Makinde for appointing the most experienced leader of the National Union of Road Transport Workers (NURTW) in Oyo State as the chairman of Park Managers Disciplinary Committee

They hailed the governor for introducing reliable way of generation income for the state and policies with longer life spans also to have appointed the most experienced hand in the state transport sector.

The group said that the governor had demonstrated his love for the less privileged, who educated their children, but lacked influence to get them jobs.

The association of Ibadan family heads, in a statement released after their meeting at the Oja-Oba Olubadan Palace, signed by their Publicity Secretary, Chief Wale Oladoja, described Governor Makinde administration as mass friendly.

The statement urged the people to support the Makinde administration, saying the state belongs to all regardless of people’s political affiliation and interest

“We praise the governor for appointing the most experienced leader of the National Union of Road Transport Workers (NURTW) in Oyo State as the chairman of park managers. This shows that this government has focus and direction

“We observe that among the people vying for the office, Mukaila Lamidi aka Auxiliary is the most experienced. If you observe the state today, you will discover that the transportation system has stabilised.”