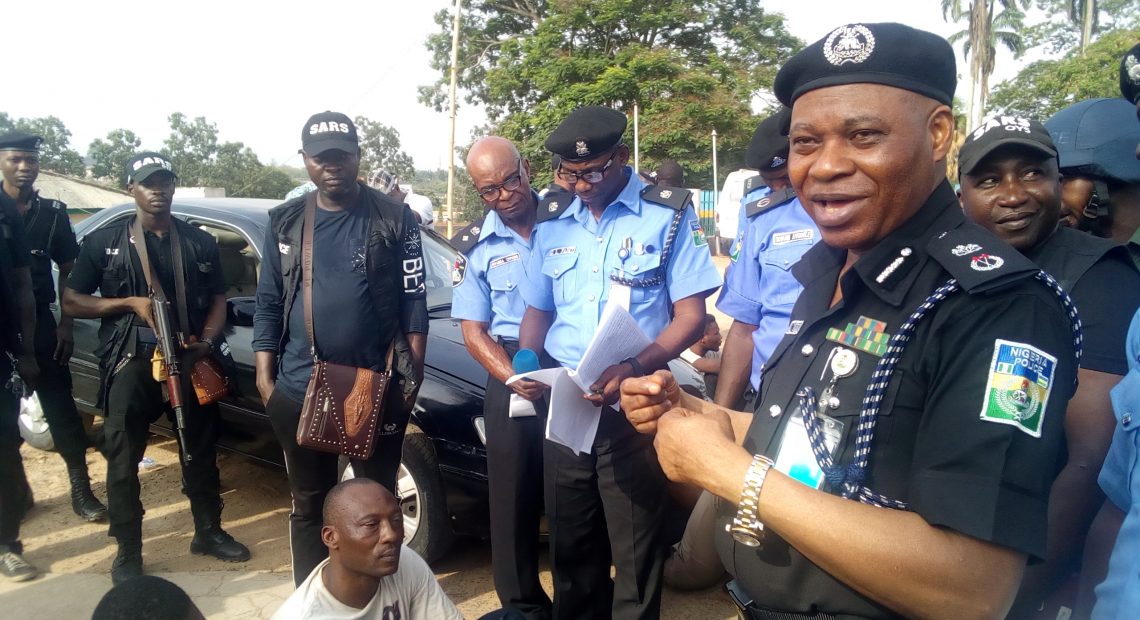 The suspects were paraded by the Oyo State Commissioner of Police, Mr Shina Olukolu at a news briefing held at Police Headquarters Eleyele, Ibadan.

Two of the suspects, Mohammadu Usman and Alhaji Majo, were arrested at Akinmorin in Oyo town for armed robbery and cattle rustling.

Adewale Kazeem and Oluwasina Fajobi who specialized in vehicle hijacking were arrested for stealing a Mazda bus, while other suspects, Sodiq Abiodun and Lekan Adesokan were paraded for camouflaging as military personnel as well as raping an 18-year-old girl.

The commissioner of police, Mr Shina Olukolu advised the public to be careful with the kind of people they entrust confidential issues with.

Items retrieved from the suspects include guns, cartridges, charm, army uniforms, millions of naira and a Mazda car

NURTW: In Ensuring Security Of Life, Governor Makinde Should…

I Am Also A Victim – Oyo Deputy Gov. Carries Placard,…