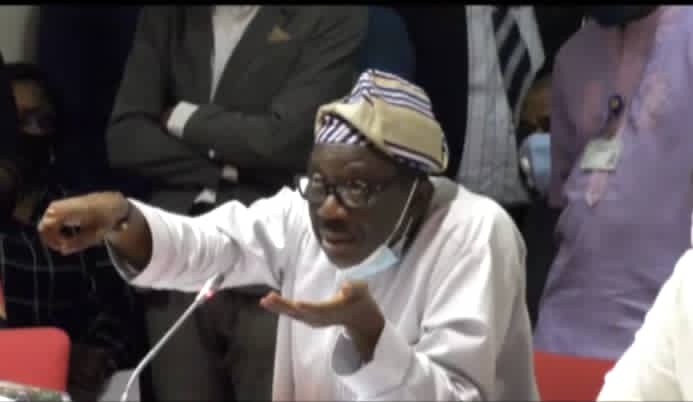 The Senator representing Osun East Senatorial District at the National Assembly, Senator Francis Fadahunsi said that the previous raid of markets carried out by men of Nigerian Customs Service(NCS) had led to wastage of many personnel who allegedly did the dastardly acts.

Fadahunsi who spoke with the men of NCS,some weeks after the alleged raid of Ibadan markets, cautioned them to avoid raid of traders’ shops whose goods have already escaped from the borders, saying that similar scenarios had previously orchestrated wastage of customs’ officers who involved in the illicit acts.

The Lawmaker disclosed that there are made laws in respect of NCS which require total application of common sense in order to make them effective and efficacious, stressing that common sense is always needed on application of laws, rules and regulations guiding the agency.

Fadahunsi who was once a Customs’ Officer before becoming a parliamentarian said that the men of NCS should be extremely cautious of working against the “operation of 40 kilometres to the border”.

He stressed that the law assented to by President Olusegun Obasanjo in 2004 and similarly updated by Vice President Yemi Osinbajo recently limited the operation and raid of NCS to 40 kilometres to the border, saying that, working against this act is a total aberration and effrontery to the laws and ethics upholding the NCS.

Fadahunsi said that the NCS had no right nor privilege to burgle the traders’ shops in Ibadan but could only zeal up their shops, then inviting them and their lawyers to Abuja before whatever could be done in the presence of their lawyers in those shops.

He said the men of NCS should not have carried out such actions while the country is boiling on various degrees of issues which are characterised as insecurity, poverty, hunger, unemployment and other souls’ provoking challenges.

The Lawmaker stressed that many of the traders got loans of substantial interest to fix their businesses and it was disheartening while the goods bought at higher prices were carted away by the customs.

He criticized them for not doing their jobs to expectation, stressing that if customs had manned borders well, the alleged rice and other goods would not have escaped the borders.

The Osun born lawmaker enjoined customs to tailor their attitude, character and professionalism in line with the laws and ethics guiding the modern operation of customs.

Akinajo Celebrates Eld-el-Fitr With Muslims, Urges To Be Vigilant During Celebrations

Late Titus Badejo “ Eja Nla “ : What Wife Said About Him