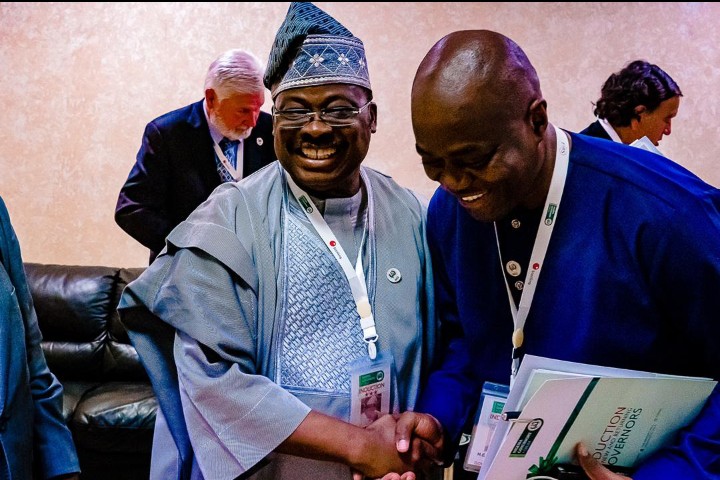 A youth group within the All Progressives Congress (APC) in Oyo State, Oyo First Initiative (OFI), has urged the state governor, Engr Seyi Makinde, to work towards sustaining the legacy of developmental governance put in place by his immediate predecessor, Senator Abiola Ajimobi who, it said, did his best to uplift the standard of living of the people.

Reacting to the controversies trailing a plan by the state government to utilise a loan of N7.6 billion, the OFI, in a statement issued at the weekend, in Ibadan, by its coordinator, Mr Ayo Adekanmbi, urged the present administration to face the business of governance with all the seriousness it deserved.

“It is time Governor Makinde was told in a plain language that trying to erase the indelible footprint of Senator Ajimobi from the history book of the Pacesetter State would amount to an exercise in futility since the record of achievements of successive administrations would always be available for all to see. As it stands today, the Ajimobi administration is adjudged the best thing to have happened to the state since its creation in 1976.

“It is on record that Senator Ajimobi came into office in 2011 fully prepared. He realised that the bulk of resources available to the state would be going into servicing recurrent expenditures and he started laying a foundation that would yield prosperity for the state in the nearest future by prioritising infrastructural development which revolved around improved security architecture and modern physical infrastructure.

“To realise this lofty objective, the option of controlled borrowing to finance key projects became inevitable. If the state government’s wage bill was N5.2 billion and the monthly allocations hovered between N2 billion and N4.5 billion for the eight-year period, what magic could have produced many dualised roads in all the major cities, ultramodern overhead bridges, reliable security and effective crime control, model schools, sustained beautification and urban renewal projects, upgrade of health/medical facilities in public hospitals and many more?

“When the Ajimobi administration was working round the clock to ensure a great future for the state, Mr Makinde made campaign of calumny the hallmark of his electioneering and this culminated in the constant inflation of the state’s debt profile on several occasions until the Debt Management Office (DMO) came up with the true picture recently.

“To set the record straight, it is true that the immediate past administration applied for the said N7.6 billion loan to achieve an all-encompassing agricultural development goal but the loan request did not materialise. However, similar efforts manifested in the preponderance of grants and other funds that have been collected by the Makinde administration since it came into office.

“For example, the $611,000 BESDA fund and the N2.8 billion UBEC fund were made possible after Ajimobi had paid the counterpart fund. The same goes for the Primary Health Care (PHC) grant and the $200 million World Bank intervention fund from which the past administration spent less than 30 percent.

“All these were monies secured by the Ajimobi administration for developmental purposes and are now accessible to the present administration without anybody raising an eyebrow since the government is a continuum.

“Meanwhile, the honeymoon has since been over for Mr Makinde and it would be unfortunate if he relied on the pseudo populism which earned him the declaration as the winner of the last gubernatorial election in the state by INEC,” the group said.

Miscreants Are Acting Without Our Knowledge To Arrest Okada,…