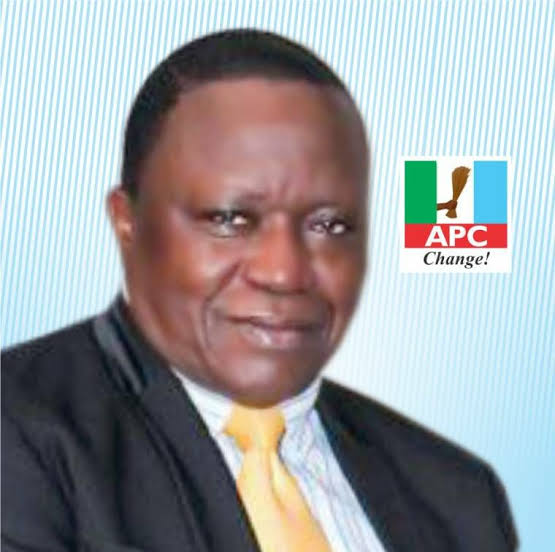 Akintola’s Interview : Those Who Live In Glasshouse Should Not Throw Stones | Engr Jide Adeyemo

Chief Niyi Akintola SAN is a man I respect a lot for his knowledge of the law and his courageous appearance in the law courts. However, the fact that his knowledge of politics suffers from acute limitation was ignobly demonstrated today on his programme with Isaac Brown on Fresh FM.

One should actually sympathise with Chief Akintola for the frustration he suffered in the hands of his political leaders shortly before the 2019 general election. Now that he’s hoping for a fat appointment from Abuja through Bourdillon he has decided to sacrifice his relationship with Governor Seyi Makinde his younger brother whom we got to know enjoyed Akintola’s support on his way to Agodi Government House. That he could say on a national radio programme he called the governor several times testifies to the fact that they had a warm relationship.

While on the programme, Chief Akintola made several assertions which we felt deserve some answers.

Firstly, he tried throughout the programme to use Ajimobi’s government as an example of a good government which deserves to be used as the benchmark for measuring the performance of other governments especially that of Governor Seyi Makinde. This is a demonstration of unpardonable ignorance of the reigning political psychology of the masses of the people of Oyo State. The past administration is regarded as satanic and anti people which on a daily basis people pray never to see its like again. To compare life with death is the height of ignorance. Chief Akintola himself had derided Ajimobi and his administration in the recent past. Whatever has led him to change his mind is known to him. But he may be a brilliant lawyer but his understanding of the political game is disappointing.

Secondly, he credited Ajimobi with having a think tank led by respected Professor Ademola Ariyo who brought Joseph Tegbe to Ajimobi. The learned lawyer should have told his audience what happened to the think tank. He forgot to mention the fact that by 2014 Ajimobi had finished with the think tank and as usual he dumped them. Chief Akintola forgot to tell his audience that Ajimobi unlike GSM has a penchant for using people and dumping them. Where are the Fatai Ibikunles, the Monsuratu Sunmonus, the Wasiu Olatubosuns, the Kazeem Adedejis, the Odetomis, the Morohunkola Thomas’s, the Gbade Ojos, the Isiaka Kolawoles. They were all used and dumped. GSM has his own think tank and he doesn’t need to make so much noise about them. If Chief Akintola wants to be one of them he can call his aburo to register his interest.

Thirdly, Chief Akintola said he was not going to contribute to the Covid19 Support Fund for Oyo State because GSM has not named a management committee for the fund. This is quite funny. One should like to ask him which management committee did PMB appoint for the billions of naira donated to Nigeria for the same purpose. It should interest Chief Akintola to know that several billions of naira were donated to the Ajimobi government for the 2011 Ibadan flood disaster which seriously affected Ido Local government where Chief Akintola comes from . We did not hear of any management committee. Up till today the money was not accounted for. It may be the reason why many people are not contributing to the covid19 Support fund. We call on the Makinde government to examine the flood disaster books and let the donors know how the money was spent.

Fourthly, the 2011 flood disaster reminds us of the Apete road and bridge reconstruction which sadly was awarded to a side chick who abandoned the project several times and went away with government money before the project was completed as a direct labour. An average resident of Apete was aware of the story.

Furthermore, Chief Akintola spoke of the Moniya – Iseyin road project. We remember that Chief Akintola and another lawyer from Oke Ogun some months ago raised an alarm on that road and the one from Eleyele to Ido which Akintola promised to take the contractor to Court for a shoddy job. Why has he suddenly changed his mind. All because of appointment and governorship ambition? Hmmm. We cannot but urge GSM to probe these road contracts and expose the agents of those who awarded the contract and are now throwing stones.

One of the reasons why it is wrong to use the last administration as a benchmark to measure the achievements of any government is the way youths were marginalised and badly treated. The Yes O project through which well educated young men and women were employed for 8000 naira monthly was badly abused. Unknown to many youths, the project was heavily supported by the World bank. However, while the bank’s support continued till 2019 whereas the youths were laid off in 2015. GSM owes the youths a duty to examine this. What of the flowers planted by madam ni interest people for billions of naira that have disappeared from the streets of Ibadan and our lawyer Chief sees this as an achievement.

He spoke about education. O ma se o. If not for the NLC, all our schools would have sold to madam’s gang. In fact our Chief should know that his elder brother was not so generous to the extent of procuring textbooks for school students. He forgot to tell us the performance of Oyo State students in external exams. What more, Chief’s elder brother embarked on a policy that was killing LAUTECH, ECOED, and other tertiary institutions when he was paying only 25% of the staff salary. Now GSM is paying 100%.

If Chief Akintola wants to go far in the politics of Oyo State he must distance himself from Ajimobi’s government which is more or less a political leper no reasonable person wants to touch. Populism or whatever GSM has pitched his tent with the masses. History will certainly vindicate him.

Miscreants Are Acting Without Our Knowledge To Arrest Okada, Cab Operators – OYRTMA Boss

Makinde Appoints Gbenga Adewusi, Jimoh, Others As Board…