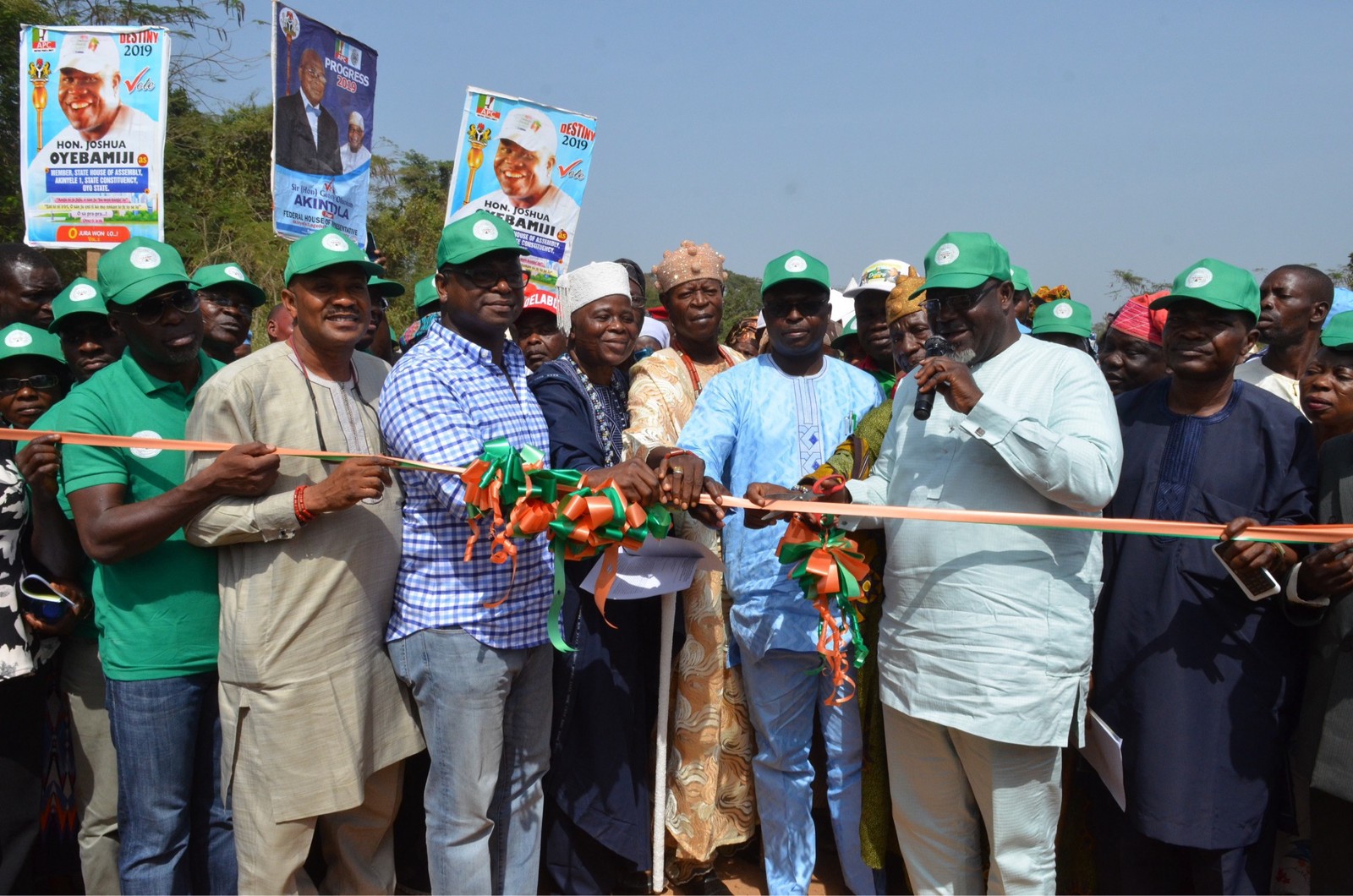 Governor Ajimobi stated that the commissioning ceremony was another success story of his administration, stating that the project was aimed at improving the living standards of the people at the grassroots and providing access roads for them to convey their farm produce to the city.

The governor, who was represented by the State Commissioner for Information, Culture and Tourism, Mr. Toye Arulogun, said that more communities would benefit from the scheme, promising that the project would cover over 500 kilometers of rural roads in Oyo State.

He however enjoined the people of Oyo State to support the All Progressives Congress (APC) in the forthcoming elections so as to guarantee more dividends of democracy.

In his address, the State Commissioner for Agriculture, Natural Resources and Rural Development, Prince Oyewole Oyewunmi commended Governor Ajimobi for making Oyo state the pioneer beneficiary of the RAAMP project, emphasizing that the initiative would assist in promoting agricultural production and generate employment opportunities for the people.

Speaking, the State’s Project Coordinator of RAAMP, Dr Yode Ayanlowo stated that the main objectives of RAAMP are to improve rural access and agricultural marketing in selected participating states while enhancing sustainability of the rural and states’ roads network, stressing that the project is meant to connect small holder farmers in participating state to local agricultural markets with all weathered access road in selected and prioritized rural development areas.

Dr Ayanlowo stated that 28 rural local councils would benefit from the programme in Oyo State, noting that RAAMP as a project does not stop at providing access roads to ease evacuation of farm produce after harvest to the markets but also concern on what becomes of the produce when it gets to the market.

In their goodwill messages, the Oniroko of Iroko, Oba Olasukanmi Opeola and the Onikereku of Ikereku, Oba Olasunkanmi Akinyosoye expressed appreciation to Governor Ajimobi for his laudable achievements in the state especially the elevation of traditional rulers to crown Obas in Ibadan land.

Earlier in his welcome address the chairman of Akinyele East Local Council Development Area, Builder Ayo Akinpade described the project as a good omen that would increase agricultural productivity in the area as well as revenue generation for his council.Follow

The Pacesetter StateTop on MediumWhy you should care about the Nate Silver vs. Nassim Taleb Twitter war

Oyo Govt Ready To Make Law On Wearing Of Masks