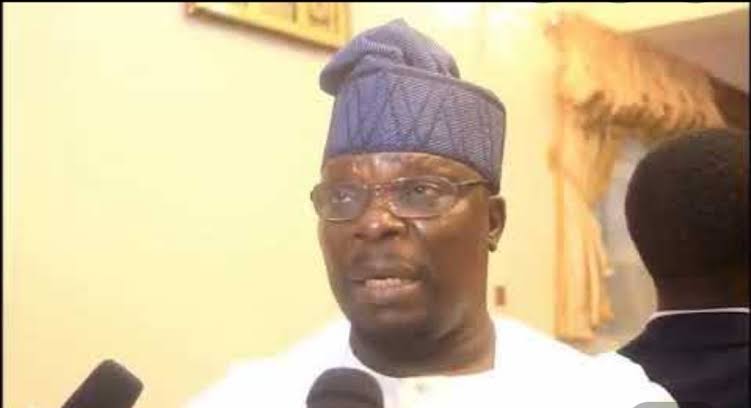 Aare Musulumi Commiserates With Family Of Late Bobajiro Of Ibadanland

Aare Musulumi of Yorubaland, Edo and Delta States, Alhaji Dawud Akinola has described the death of the Bobajiro of Ibadanland, Chief Theophilus Akinyele as a great loss to the Nation.

The Aare Musulumi stated this when he paid a condolence visit to the Bodija residence of the late Chief Akinyele.

Alhaji Akinola said the wealth of experience of Chief Akinyele would be greatly missed, especially at a time when the country was faced with several challenges.

He described the late Bobajiro of Ibadanland as a reputable leader who had contributed immensely to the development of Nigeria.

Alhaji Akinola condoled with the family of the late Chief Akinyele and prayed God to grant them the fortitude to bear the loss.

Chief Theophilus Akinyele who died at the age of 88 served as a former Registrar of the University of Ife, now Obafemi Awolowo University, O.A.U and Special Adviser to former President Sheu Shagari during the Second Republic.