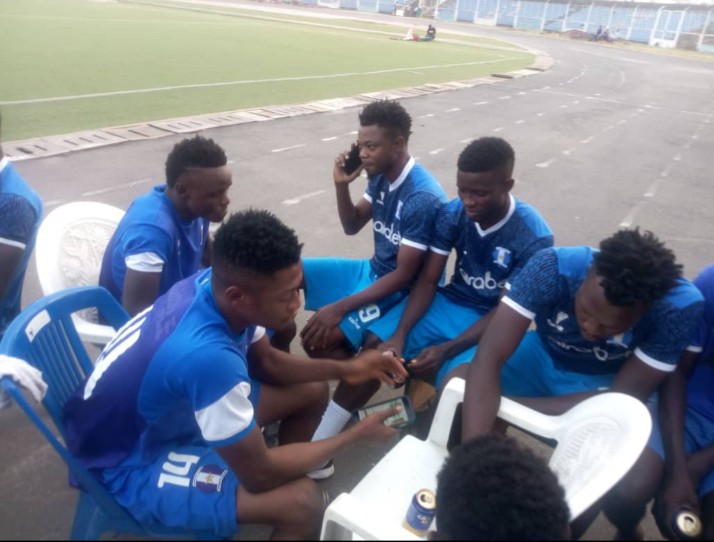 The General Manager of Shooting Stars Sports Club (3SC) of Ibadan, Rasheed Balogun, has commended the players of the club for their positive response to training, since the resumption from the Christmas and New Year break.

Addressing the players after Wednesday’s training, ahead of this Sunday’s matchday six encounter against Dynamite Force, Balogun, expressed satisfaction with the attitude of the players.

“I must confess, I am highly impressed with your attitude to training, you have all exhibited high level discipline, it is heart warming.

“You all resumed on the date you were asked to resume and you have been responding well to the training schedules of your coaches. This is an indication that you all know how important the task before us is”, he said.

Balogun reminded the plagers on the need forthe team to maintain the momentum as hostilities in the second tier league gets underway this weekend.

“We all know where we are going, our target is promotion to the elite league and I am happy you have so far shown that we are all on the same page as far as the task is concerned”.

The 3SC boss, reiterated the need for the players to be prayerful as the season continues, saying that they should see prayer as a vital key to achieving the promotion dream in addition to harwork.

“Our governor (Engineer Seyi Makinde), is happy with our performance so far, he has ahown with his committment to our course that he is with us, therefore, the only way to reciprocate the governor’s gesture is to secure the ticket back to the NPFL”.

He also appealed to the players and their officials to keep working together as a family, emphasising the importance of unity in realising the desirec goal.

Baring any change, the Oluyole Warriors, will this Sunday, play host to Dynamite Force of Edo State, in a Nigeria National League (NNL) Group B1 Matchday six pairing.

The Stars currently sit atop the log with 13 points from five games, having won four matches and drew one.

In Oyo Town, Okada Riders Protest Over Extortion by the…

Milk of Human Kindness: A Tale of One Former, One Serving…