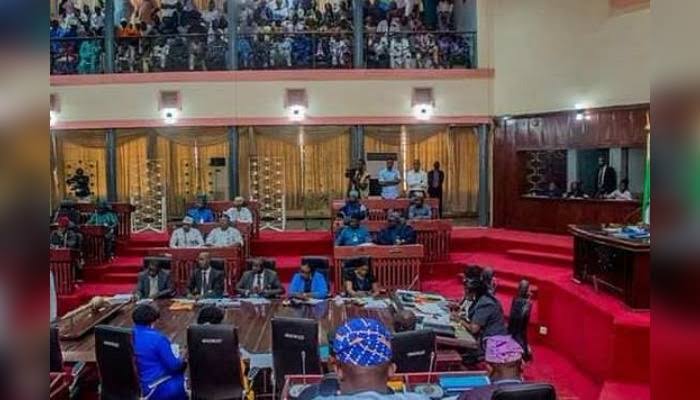 As the 9th Oyo State House of Assembly marks its 3rd Anniversary, it has described the journey so far as eventful, impactful, and outstanding.

This is just as the lawmakers say they have recorded uncommon achievements which have surpassed the records of past Assemblies in Oyo State.

A statement signed on behalf of all the 32 lawmakers by the Chairman House Committee on Information, Hon Kazeem Olayanju felicitated the Assembly on the anniversary.

According to him, the sincerity of purpose demonstrated by all the Oyo Assembly lawmakers from day one and their uncommon diligence and commitment to their legislative duties led to the achievements and feats being applauded today.

The Statement read ” Today makes it 3years since we took the oath of office as Oyo State House of Assembly lawmakers. Ours has been a wonderful, dynamic, cohesive, and result-driven team and this is why we have broken the record as the Assembly with the highest number of bills and resolutions passed in the annals of the history of our dear state. As we speak we have over 86 bills and 148 resolutions to our credit. That’s surely not a mean feat. It is a collective effort and the glory is for every one of us. Despite the belonging to different political parties we have been working harmoniously since our inauguration and the results are not only visible to the blinds, they are also audible to the deaf.” Hon Olayanju said

” We surely have a lot to showcase as members of the 9th Oyo State House of Assembly. And it is not out of place to mention that not less than 40 oversight functions were successfully carried out by the lawmakers in the last 3years. They include Oversight visits to some water projects in Oyo State, Oversight visits to all the 33 LGA’s on the status of earth moving equipment in the councils, and Adhoc Committee Assignment on the need to find lasting solutions to the perennial problem of gang violence in some neighborhood around Ibadan South West 1 Constituency, Oversight visit to the abandoned Strabag Quarry, Adegbayi Ibadan, Joint Committee work on ongoing road projects in the State as well as Ibadan Circular road and Oversight visit to Ibadan Electricity Distribution Company (IBEDC) over reported cases of estimated billings. There were equally the screening of different nominees and members for government appointments and different boards, agencies and parastatals ” Hon Olayanju said

He stressed that the Oyo  Assembly lawmakers have written their names in gold adding that the 148 motions and resolutions passed by the Assembly are too numerous to be mentioned in the statement.