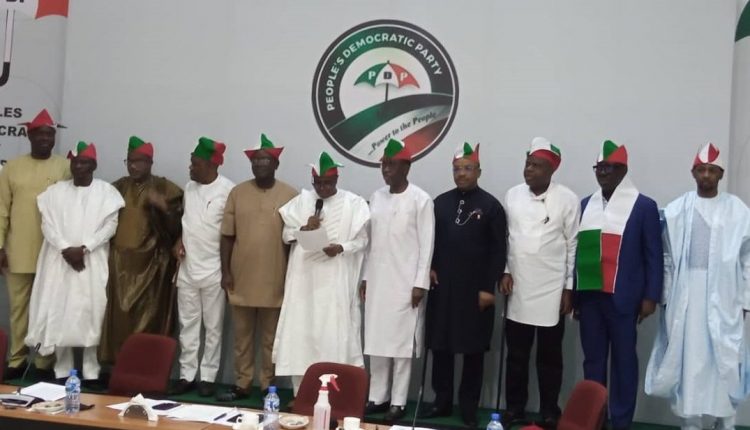 Governors elected on Peoples’ Democratic Party, PDP, platform have called on President Muhammad Buhari to immediately send an Executive Bill to the National Assembly to amend the Nigerian Constitution to devolve more powers to the states with respect to security arrangements.

This was part of the resolutions of the PDP governors at a meeting held at the Conference Center of the International Institute of Tropical Agriculture, IITA, Ibadan to review the state of the nation.

Reading the communique, the chairman of the PDP Governors’ Forum and the Sokoto State governor, Alhaji Aminu Tambuwal said the bill culminating in some form of State Policing and the general security architecture when passed into law would address the security challenges facing the nation.

The PDP Governors’ Forum also urged President Buhari to summon an immediate meeting of the Nigerian Police Council, which comprises Mr. President and all State Governors and other critical stakeholders to evolve and implement strategies to combat the present threats to the nation’s union, especially with respect to policing.

The PDP governors therefore enjoined Nigerians to work together to achieve peace and harmony with one another, devoid of discrimination based on ethnicity, religion and other cleavages.