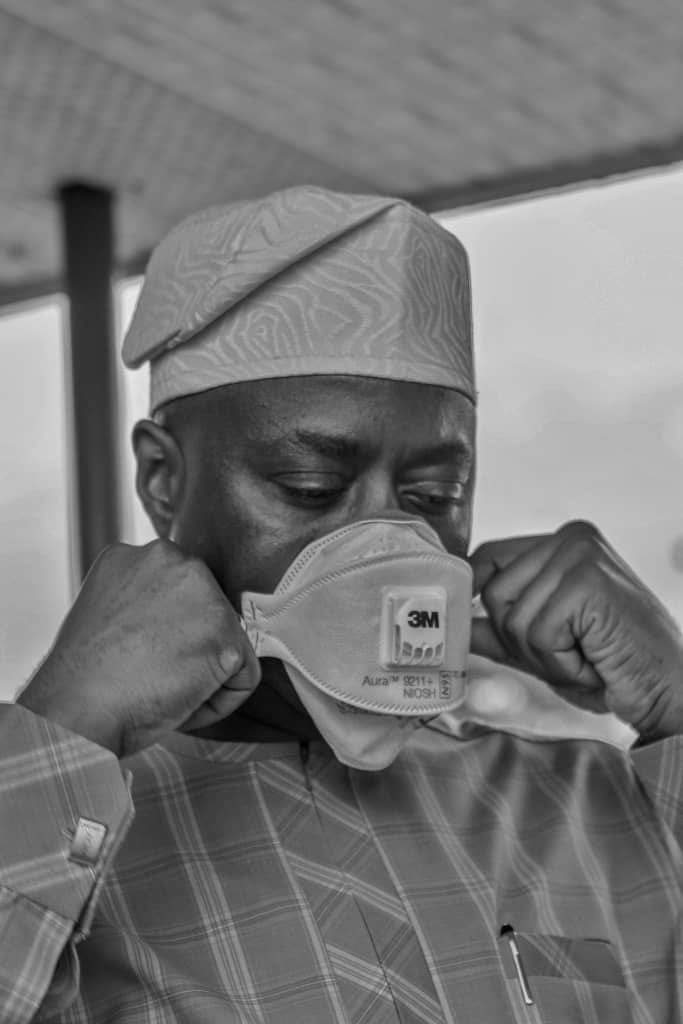 The Oyo State Government says wearing of face mask in public places is now compulsory.Gov. Seyi Makinde announced this on Friday in Ibadan while briefing newsmen on the outcome of the State COVID-19 Taskforce meeting held at the Government House, Agodi, Ibadan. Makinde, who noted that the directive was one of the measures to prevent, curtail and control the spread of coronavirus, said that the State COVID-19 Taskforce had reached a decision to implement the measure. “If you must leave your house to any public place, then you must wear face mask,” he said.

He also said the state government would produce an initial one million face masks to kick start the mask wearing policy in the state. The governor also said that 100 tailors would be inaugurated on Monday for the production of 10,000 face masks each, adding that his government was collaborating with experts who had designed the face mask model to train the tailors. Makinde said that each of the 100 tailors would engage the services of others and each cluster would be able to produce 2,000 daily thereby hitting the target of 10,000 within the week.

The governor further said that the resumption date for workers had been tentatively shifted to April 27, adding that the new resumption date would still be subjected to further evaluation. He attributed the postponement to the report of the new cases of COVID-19 in the state. The governor further disclosed that two persons tested positive to the coronavirus on Friday. According to him, two persons also tested positive to the disease on Thursday, bringing to 15 the cases of COVID-19 in the state.

“The total number of people that have tested positive for COVID-19 in the state has risen to 15; out of this number, seven have been discharged and one transferred to Lagos,’’ he said. Makinde said his administration had taken proactive steps to ensure food security in the state by working with the International Institute of Tropical Agriculture (IITA) and other Ibadan-based agricultural institutes to provide seeds and seedlings to farmers.

“Efforts have been made to enlighten the farmers on how to stay safe from COVID-19 so that they will not miss the present planting season. “On palliatives, a lot of pressure has been mounted on the government to share palliatives, but the date we met on ground is not accurate.

“If we had used it, the items would have gone to the wrong hands. But now, we have our own data and we have double checked and the data is authentic. “Hopefully, before the end of next week, we will share the palliative to the public,’’ the governor said.

We Have Locked Down Churches, Mosques, Any One Doing So Is Operating Illegally – Oyo CPS

Just In : Gov. Makinde Appoints Bibire As Special Adviser On…