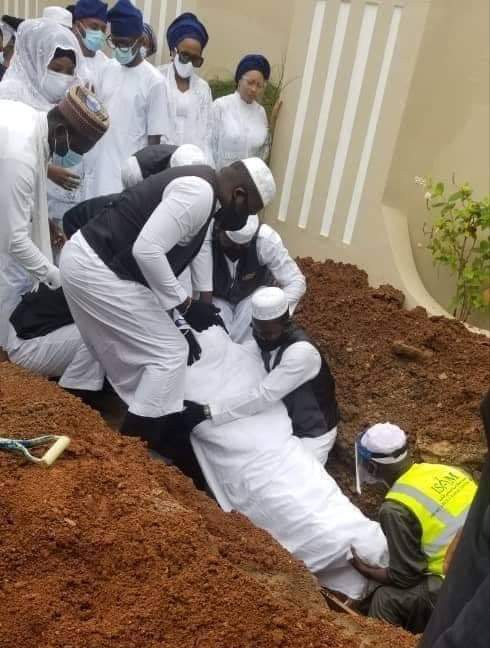 The Politics Of Ajimobi’s Death By Reuben Abati

Except something else occurs that grabs the headlines and dominates Nigerian social media, the big news of the past week would probably be the death of Senator Abiola Ajimobi and the political drama that it has generated.

Senator Ajimobi served as a Senator between 2003 -2007. He was Governor of Oyo State between 2011 – 2015, 2015- 2019. He achieved the distinction of being the first Governor in that state to be elected for a second term in office. He broke the jinx. His tenure as Governor was quite controversial with mixed results and divided opinions. He was a very frank and outspoken Governor who was also very conscious of his social status and the powers attached to his office. He was also quite audacious. He engaged the Olubadan in an open battle when he chose in one instance to transform some high chiefs of the Olubadan-in-council into beaded kings.

There was also his infamous confrontation with students of the Ladoke Akintola University of Technology (LAUTECH) who had stormed Government House to protest the prolonged closure of their school. Ajimobi hushed the students up and told them harshly that they should remember that they were in the presence of “the Constituted Authority” of Oyo State. The Oyo State Government under his watch owed arrears of salaries.

By the general election of 2019, his party, the All Progressives Congress (APC) stood no chance in the elections. It was generally believed that the “Constituted Authority” had alienated the people he governed so much they were bound to reject the country’s ruling party in the state. As expected, the APC lost the Gubernatorial election to the rival, People’s Democratic Party (PDP) whose flag-bearer Engr. Seyi Makinde is the incumbent Governor of the state.

In 2019, Ajimobi also sought election into the Senate. Nigeria’s Upper Chamber is increasingly an old people’s home for retired Governors. But he lost the Oyo South Senatorial bid to the candidate, again, of the PDP. He took his case to the Election Petition Tribunal. He lost again. In the face of this rejection, the APC consoled itself with the conclusion that the performance of their party in Oyo state did not amount to a rejection of the APC by the people, but a rejection of Ajimobi’s politics! The same party would later reward Ajimobi with the position of Deputy National Chairman, South West. His admirers insist that he was a hero, a bridge-builder, and an illustrious Ibadan son and politician who made his own contributions to the development of his state and country. His style may just have been a bit brash, they admit.

Man lives. He dies. It is in the nature of all living things to die. Human experiences like love, achievements, social status can bring an individual much fulfilment, but death is the biggest event of our lives. It defines our mortality. It is arbitrary and tragic, because it marks the end of everything. It is not a form of completion, because nobody ever completes life, even a man of 100 still nurses hope, but with death, everything is finished.

Death does not grant the dead a say in what happens to him or her: but there is a form of survival to it. The dead survive in social contexts: in the memory of those who love or hate them, and each recollection is absolutely beyond the control of the dead. The dead exist only as social identities. Culturally, we are expected to respect and honour them. This is seen as a moral obligation. We are also likely to feel offended if the people besmirch their memory.

But what we often see is that this moral obligation is merely socially constructed. It cannot be imposed. It is determined by context and relationships.  We have seen this at play with two recent high profile deaths: that of former Presidential Chief of Staff, Malam Abba Kyari, whose death generated so much emotion that it has now formed the substance of a book titled: Abba Kyari –Portrait of a Loyalist: The Good, The Bad and the Ugly Sides of Public Service in Nigeria edited by Magnus Onyibe. And now: the death, at 70, of Senator Abiola Ajimobi. Both men died as a result of COVID-19 related complications. Both died in the same hospital: First Cardiology Consultants in Lagos. But if anyone thought Kyari’s death was controversial, that of Senator Ajimobi would seem to be even more so.

At the centre of the latter is the ugly and totally avoidable conflict between Mrs Florence Ajimobi and the Seyi Makinde administration in Oyo State. During a condolence visit to the Ajimobis led by the Chairman of the Nigeria Governors’ Forum, Dr. Kayode Fayemi, Mrs Ajimobi turned on the Deputy Governor of Oyo State, and accused the Governor, Seyi Makinde of “playing politics” with her husband’s death. She said: “…He didn’t call me. Even if he had called me, I never had his number. He should have sent text messages for record purposes. The Governor of Oyo State never called me. He never signed a condolence message. Never called even when my husband was on sick bed for one month. What politics are you playing please..?”

The outburst was recorded in a video that has gone viral. The Oyo State Government and the Governor have responded almost in equal measure. The revelations have been unpalatable. It turned out that there was some disagreement over where the former Governor should be buried. The Government says the preferred location by the family in Agodi GRA is a land that is under litigation. The permit that was eventually granted to allow Ajimobi to be buried in his Oluyole GRA home, we are told, was even in violation of an existing law. Really? Governor Makinde’s administration should not form the bad habit of breaking the law, no matter what! It was further established that the Governor issued a signed condolence statement and had also made efforts to reach out to Mrs. Ajimobi.  He also ordered that the flag should be flown at half-mast in honour of the deceased.

When Mrs Ajimobi watches that video again in the future, she may regret speaking too hastily. She only needs to do a review of the reactions to her outburst by the public. She has been accused of having “a sense of entitlement”. “Who does she think she is?”, some asked.  The Agodi GRA property where she wanted her husband buried has also become a subject of many uncomplimentary remarks about her husband’s integrity. She has even been told that if she loved her husband that much, why didn’t she shut down her own shop the day her husband was buried? Ordinary Nigerians are not always nice to political leaders dead or alive. Social media has given them such voice and freedom that has turned them into a “Constituted Authority” of their own. But the Oyo State Government should sheathe its sword and not add to Mrs Ajimobi’s grief.

Elisabeth Kubler-Ross in a book titled “On Death and Dying” wrote about the “Five Stages of Grief,” and although the emotions of grief are not scientifically chronological, anger is one of them. When people lose loved ones, they tend to be angry for various reasons, until they come to terms with reality. Mrs Ajimobi deserves support, not abuse at this time.

More people will probably still disappoint her, but if she must be angry, I believe that the people she needs to be angry with are members of the APC National Working Committee who used her husband as a means to their own political ends. By June 16 when Senator Ajimobi was named Acting Chairman of the party as the in-fighting between factions raged, Ajimobi was said to be on life support. Didn’t they know that? Party spokespersons lied that he was recuperating. By June 18, Fisayo Soyombo, an award-winning journalist had gone on twitter to announce that the Senator was dead. He was challenged. He stood by his story. He said his source has never failed him. On June 25, the National Executive Committee of the APC dissolved the party’s NWC and set up a Caretaker Committee. The same day, Ajimobi’s death was announced. What manner of men are these who will do political 419 with dying and death and turn a man they claim they love into a pawn? Fisayo Soyombo has been vindicated. A journalist is as good as his or her source. He deserves another award for his investigative journalism. And may God, the only “Constituted Authority”, over and above all things, grant Senator Ajimobi, peaceful repose.