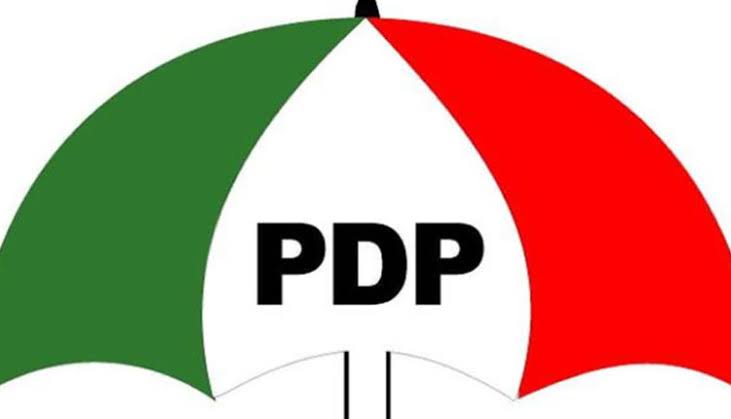 The Peoples Democratic Party (PDP) in Oyo state has berated its counterparts in some southwest state chapters over press statements from them casting aspersions on Governor Seyi Makinde, who is the leader of the party in the entire region being the only serving Governor on the platform of the party.

The ruling party in Oyo state wondered what PDP in the other concerned southwest states was doing to checkmate the obvious excesses and misgovernance of the ruling party, the All Progressives Congress (APC) in their various states despite the ineptitude and undeniable failure on the part of the government in the concerned states.

The Oyo state PDP was reacting to different press statements released by Osun, Ogun, and Ondo state chapters of the party reaffirming their support to the anomaly being against the south that is being challenged.

The party also took a swipe at the opposition party, the APC in Oyo state over a statement credited to it alleging Governor Makinde of underperformance saying, Oyo APC lacks every atom of political dignity and honor to shamelessly try to insult the collective sensibility of all sons and daughters of Oyo state that APC government either sent to their early graves subjected to torturous and horrendous experience between 2011 and 2019.

This was as the Oyo state PDP described the APC in the state as a group of people on an inevitably drowning ship on a voyage trying to talk down a captain of a high-flying airplane just to create a distraction that would give the drowning ship justifiable excuses for its self-destruction.

A statement by the PDP in Oyo state and made available to newsmen on September 23 by its State Publicity Secretary, Akeem Olatunji cautioned the APC against making further mockery of itself in trying to play opposition party saying “the APC failed as a ruling party in Oyo state, now they’re even terrible as an opposition party, we expected robust engagements and constructive criticism not noise making and seeking attention like a baby crying over spilled milk.”

The ruling party in the state described as shocking and appalling, various statements credited to other southwest state chapters of the party against Makinde’s insistence in line with other southern leaders of PDP on the resignation of the national chairman, Iyiochia Ayu.

The party maintained that the demand for the resignation of Ayu was in tandem with everything the party seeks to translate into governance when its presidential candidate, Alhaji Atiku Abubakar eventually wins the 2023 election stressing that Governors Makinde, Wike, and other national leaders on the course should be celebrated as heroes of a new national rebirth in the life of PDP.

“We are all one big family and when there’s such a large family there are bound to be issues like this but we must always endeavor to thread with caution, especially when dabbling into matters outside of our immediate purview. It is a very sensitive and delicate national matter and our national leaders are having sleepless nights trying to resolve it already so, it was shocking to see such reactions coming from our party in other southwest states.

“This is particularly embarrassing because Governor Makinde is not only the leader of our great party in the state but in entire southwest Nigeria as we speak today being the highest ranking elected office holder in the region as the only serving Governor.

“PDP in Osun, Ogun, Ondo and Ekiti especially, must focus their energy and might on stamping their feet on the ground and be ready to fully secure their states for PDP come 2023 instead dissipating energies on a course that’s already being handled and managed by our national leaders and avoid being used by few who may be working for personal gains moreso, that political campaign lurks around the corner with campaign funds ready for disbursement.

“It was on record that the national chairman enjoyed the full support of Governors Wike, Makinde and other national leaders to emerge the party’s National Chairman on the strength of his (Ayu’s) promise to step aside for a caretaker chairman from the south in the event the party’s presidential candidate emerges from the north.

“Having produced Alhaji Atiku Abubakar from Adamawa (North) as our presidential candidate, we’re still bewildered in Oyo state and wondering what has changed that such a simple promise could not be kept such that the situation was allowed to fester and escalate.

“Seeing how the APC has failed making Nigerians impatient for 2023 to arrive for them to send the ruling party away from existence, the coming presidential election is obviously up for the PDP to grab. It is, therefore, safe to say the 2023 presidential election is a ‘PDP vs itself’ contest urging PDP in the southwest states to focus their gaze beyond immediate political gains but on the future of the party and the sustenance of the core values of its founding fathers which emphasized and entrenched the principle of fairness and even distribution of national offices across all the geopolitical zones of the federation.” The Oyo state PDP said.

While cautioning Oyo state chapter of APC from meddling in its internal affairs, the PDP also warned the opposition party to first make itself competitive in the forthcoming election before dabbling into PDP’s internal affairs while abandoning the humongous problems that have kept the opposition party perpetually polarized with over 20 different factions within one party.

“We ordinarily should not have bothered giving life to their dying voice as a party but we owe the good people of Oyo state the duty of protection from false propaganda, deliberate misinformation and political desperados in Oyo APC lest the unsuspecting members of the public mistake their repeatedly and consistently told lies to be true because that is their hallmark as a political party.

“For the avoidance of doubt, Makinde’s record in just three years in office is there in public. His unprecedented achievements in three years far surpass everything the APC government achieved in their entire eight years and we can not but empathize with them on their traumatic experience after being disgraced out of office after 8 interrupted years of nothing but monumental failure in every single sector of the state’s economy.”