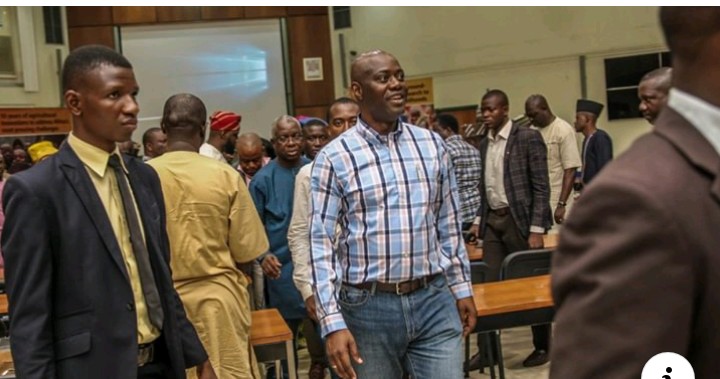 The Oyo State governor, Sir ( Engr ) Oluwaseyi Makinde has urged the inducted Oyo lawmakers to get ready for a bill seeking to establish the Oyo State Anti-Corruption Agency immediately after the inauguration.

Gov. Makinde made the statement known at a two-day induction programme for members-elect of the 9th Assembly of Oyo State.

Informing that the lawmakers would get a bill seeking to establish the Oyo State Anti-Corruption Agency immediately after the inauguration, the Governor noted that when the agency is established, it would be empowered to beam its searchlight on any individual or body in the state.

Makinde said: “The first Executive Bill we are bringing to you is for us to set up an Anti-Corruption Agency for Oyo State. And I will waive my immunity, if I am found not to be above board, to face that agency.”

The governor vowed to set aside is immunity and obey and appear before the agency if he is found not to be above board.

Adding to his statement, “The task before all of us now is to make Oyo state better and I look forward to us working together. I want us to deemphasize party affiliations. I want this ninth Assembly to the best ever in the history of Oyo State. I know you can do it, because some of the qualities that you need to make that happen, you all have them: experience, youthful energy, and commitment. So, we won’t have any excuse not to deliver”.

“I believe that this workshop has been insightful and interactive enough and you are in full appreciation of the task ahead of you. As soon as you settle in, I will almost immediately be bringing an Executive Bill. We have four major areas that our government will focus on”.

It will he recalled that, the inauguration for Oyo State elected lawmakers will hold tomorrow at Parliamentary Building, Oyo State Secretariat Complex, Agodi Ibadan.