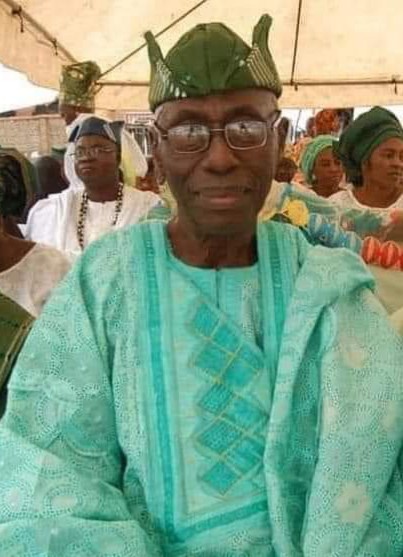 Engr. Olasunkanmi Joseph Tegbe has conveyed his heartfelt sympathy to the family of Chief Samuel Mojereola Akindele, a thoroughbred progressive who was, until his death the Vice Chairman (Oyo Central) of APC in Oyo state

In his message, Tegbe described the late political leader as vibrant and articulate Awoist who was passionate about progressive ideologies in and out of government, and remained consistent till he breath his last.

In the same vein, Tegbe has also celebrated the lives of former Chairman of AD in Oyo state, Pa Samuel Farinu and another icon of progressive politics, Pa Salaudeen Adelere, who were long standing leaders of the progressive families till they passed away recently.

These men didnt just represent courage, devotion, discipline and duty as political leaders but also stood as beacons of hope and strong pillars of support on dark days.

Their experience, wisdom, strength, tenacity and the Progressive Values they held dear all through their glorious lives will be fondly missed and forever celebrated.

Engr. Olasunkanmi Joseph Tegbe further extends his condolence to the immediate families, the Alaafin of Oyo, The All Progressive Congress, friends and associates of the departed leaders and prays for the strength and courage to carry on at this most crucial time.