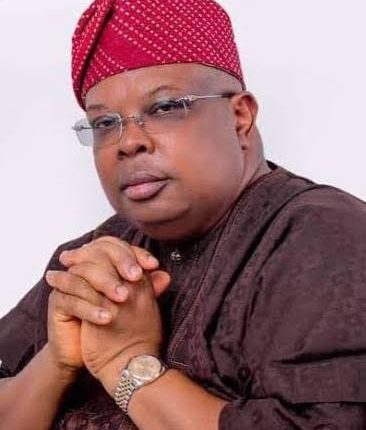 As the All Progressives Congress, APC held its wards congress across the state last weekend, stakeholders and party faithfuls in Oyo state have hailed a party chieftain, Joseph Olasunkanmi Tegbe for his constant support for the party and its members.

Speaking after recieving reports across the 33 LGAs, Tegbe noted that the congress went on peacefully in most wards and commended party faithfuls for their commitment to the unity and progress of the party.

In a statement signed by Hon Hafiz Oladejo, Secretary of the Tegbe Vanguard, the Guber hopeful noted that conduct of the congress had shamed ceptics and naysayers who believed the congress was going to be rancourous. He noted that executives emerged being popular choices by leaders and members of their wards.

Tegbe is a leading aspirant for the 2023 Gubernatorial ticket of the APC. Since he aspired to fly the party flag in 2018, he has remained a pillar of support to the party in the state and at various Local Governments.

Another Fulani Man, Wakili Ready To Strike Us, Ibarapa…

BREAKING: 2019 FIFA WWC: Super Falcons qualify for round of…