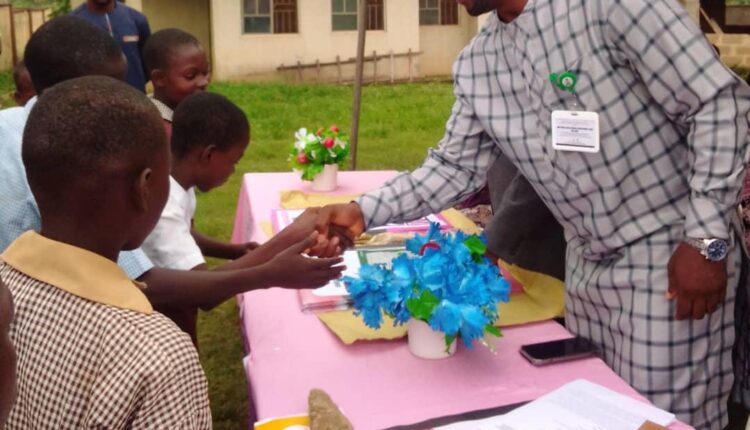 Lawal, the Omi-Apata LCDA Boss made the plea to students during the sensitization campaign against cultism, organized in conjunction with Operation Campus Storm, an Anti-Cultism body from the University of Ibadan.

According to the council boss, ” it is worrisome that students get involved in cultism and other criminal activities due to negative peer group influence. The alarming rate at which bad gang has turned students into cultists, armed robbers, kidnappers, and so many others is disheartening,”

Hon Bamidele Lawal also advised parents to rise to their responsibilities by taking adequate care of their children.

The facilitator of the program, Dr. Olufemi Micheal in his lecture highlighted some of the dangers inherent in engaging in cultism and its attendant consequences. He said, “careful observation has linked secret cult with illegal possession of firearms, violent crimes such as rape, armed robbery assault and many more”.

Both Inspector Idayat Adegoke from Divisional Police Headquarters, Omi-Adio, and Orejimi Damilola ASC1 a civil defense corps advised students to be wary of bad gangs and should report any criminal elements to their school authorities and nearest police station whenever the need arises.

Teachers and students who attended the lecture expressed their appreciation to Omi-Apata LCDA management for organizing such a program that has a positive impact on their lives.

Makinde Continues To Treat Us Like Aliens In Our Own Land…