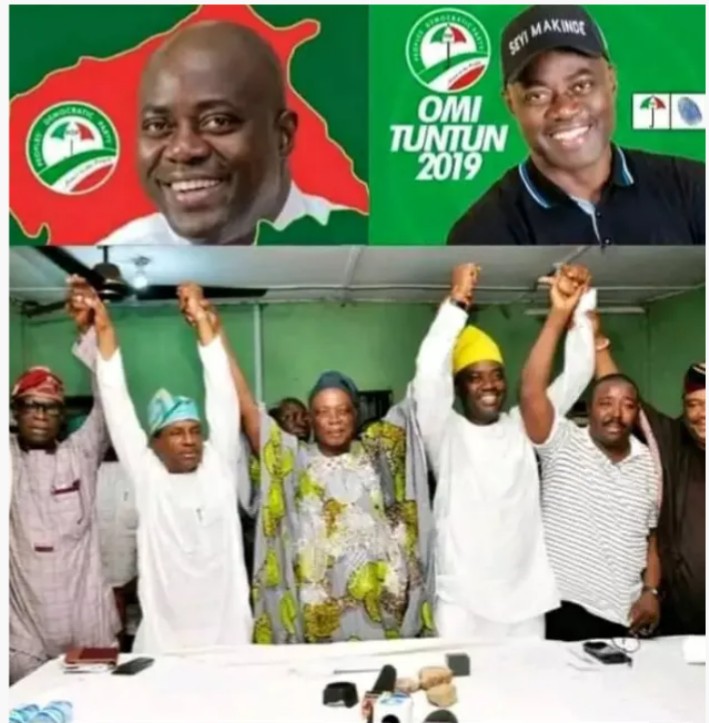 In the build up to the 2019 general election, that later bring on board Engr. Seyi Makinde as the Executive Governor of Oyo State with an unprecedented margin on the history of the state. The Engr. Seyi Makinde of PDP polled 515,621 votes to defeat his closest rival, Mr Adebayo Adelabu of the All Progressives Congress who garnered 357,982 votes. But how does the over 500,000 votes accumulated for the Ibadan born Engr. Seyi Makinde?

Politically, the election results come out in shock as many on the looker did not believe that the result margin can be that wide for the People Democratic Party (PDP) in the state against the ruling APC, All Progressive Congress. But there was a political game that make the result to be in his favor.

COALITION, that’s the game that come to play for the electoral victory of Seyi Makinde during the last election, the coming together of many political titans in the state with the aim of dislodging the incumbent party, APC, and the attempt to thwart the senatorial ambition of Sen. Abiola Isiaq Ajimobi. On record, Sen. Olufemi Lanlehin of African Democratic Congress (ADC), Barr. Sharafadeen Abiodun Alli of Zenith Labour Party (ZLP), and Chief Bolaji Ayorinde (SAN) of the Social Democratic Party (SDP) broke the news of the coalition, and by implication, they dropped their governorship ambition and candidacy for the candidacy of Engr. Seyi Makinde. In consequent, they give directions to their respective followers that, they should troop out and vote Seyi Makinde of PDP as governor. It finally works as planned and agreed on, but what has changed?

The coalition agreement that was agreed on further affects the candidacy of other lower candidates vying for state assembly seat, and the voting pattern was that, vote PDP in the March 9th gubernatorial election in the state.

In the scheme of governance, all parties involved in the coalition are in one way or the other regretting that unyielding coalition enter into back then, what have they gained from the coalition? The recent disposition from the disgruntled former ADC candidates narrating how the coalition affected their own election and the nonchalant attitude towards them by the Governor Seyi Makinde has further added to the wound surging they have grown after the electoral loss back then.

Is Seyi Makinde, not a political traitor for failing to agree with whatever agreement made together during the build up to the coalition? Where is High Cheif Senator Rasheed Adewolu Ladoja who is indirectly the star of the coalition pronouncement at the NUJ Press Center at Iyaganku side?

Or maybe we should ask where High Chief Barr. Sharafadeen Abiodun Alli’s voice has been for the main time? Of course, Sen. Olufemi Lanlehin has made his disposition known for many times before now, and the question still remains, why did Governor Seyi Makinde not honouring the agreement made together during the time? Agreement is always an agreement whether written or unwritten, so far there are witnesses to the agreement.

Akintunde Akinloye from wrote from Ibadan