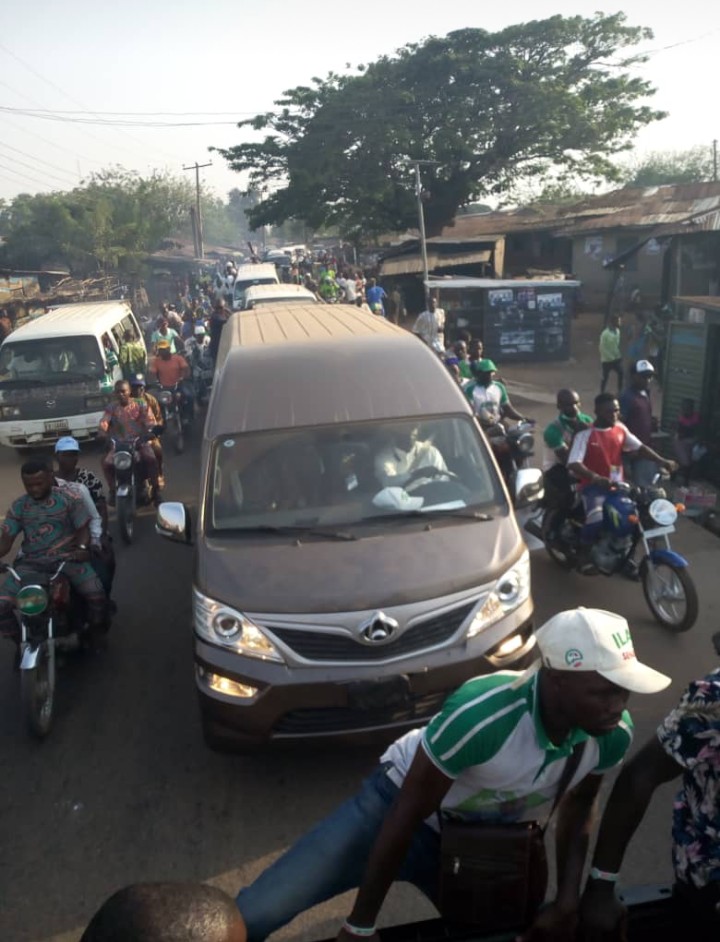 The PDP roads show in Oyo on Wednesday had confirmed the general acceptability of Engr Seyi Makinde, Chief Ilaka and other party candidates in Oyo town, as Traders, Artisans, Teachers, Students trooped to major streets to show their unquestionable happiness and supports for Oyo State PDP.

Despite Oyo town being an home for present Oyo Central Senator and the town Federal House of Representatives Member, the people of the town are unable to hide their unreserved supports for their illustrious son, Chief Bisi Luqman Ilaka as many are claiming Ilaka is a philanthropist with kind heart who has contributed immensely to the development of Oyo town even thou, he is yet to taste governmental power, clamining his benevolent gestures goes beyond the opportunist woman, who did not have the capacity to hold the position.

It will be recalled that, Afijio the fourth local government that consist Oyo town had already visited last week by Oyo State PDP team and Engr. Seyi Makinde, where they paid an homage to Alaafin of Oyo, Oba Lamide Adeyemi III.

Adelabu, A Symbol of Peace, The Oppositions are The One Causing Disorderliness In The State

You Are A Genius, An Astute Administrator, Politician With…