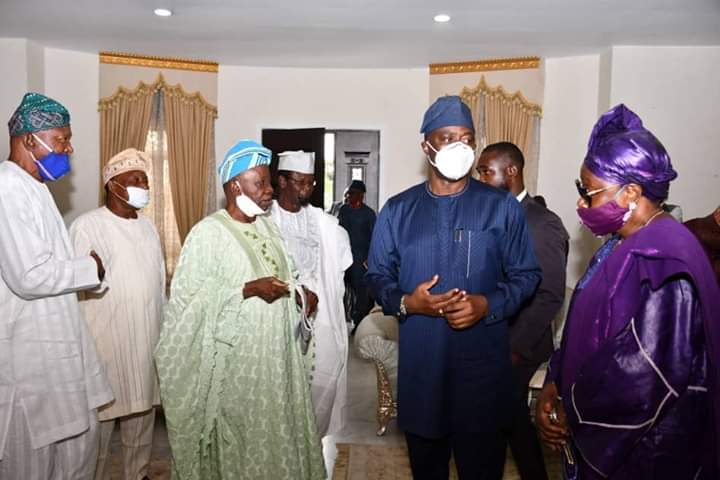 Governor Seyi Makinde has inaugurated a seven man elders committee to reconcile various aggrieved factions in the Peoples Democratic Party in Oyo State.
The committee, which was earlier today inaugurated by the Govenor at the government house, would be chaired by Chief Saka Balogun.
Speaking at the inauguration, Governor Makinde implored the committee to consider members of the party whose legitimate requests and expectations has not been met as well as address various grievances and acrimony amongst party members in order to forge a united platform
The Governor, who noted that after spending a year in office the people still have expectations from him, added that he is more determined than ever to fulfill the people’s hopes and aspiration for a better Oyo state.
In his reply, the Chairman of the committee, Chief Balogun stated that the committee would work dilligently to justify the opportunity to serve.
Other members of the committee are Chief Mutiat Ladoja, Chief Sunday Ogunlade, Chief Olayiwola Baale, Chief Jacob Adetoro, Chief Jumoke Akinjide and the state PDP chairman Alhaji Kunmi Mustapha.

Oyo Relaxes Curfew, Workers To Resume On Monday, Mosques, Churches To Operate At 25 Per Cent Capacity

POLITICS OF DISCORD: A STOCK IN TRADE OF CHIEF BAYO…