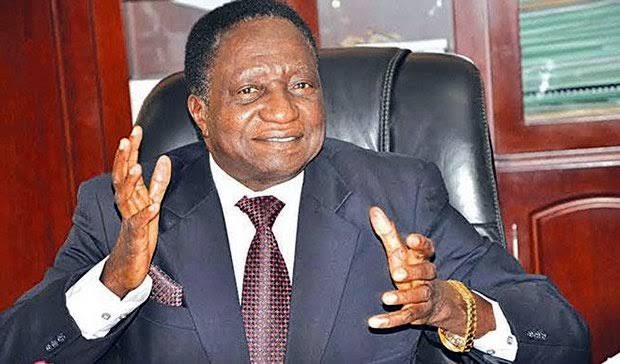 The High Court of Niger State, in Min­na, was told how a former Registrar of the Joint Admission and Matriculation Board (JAMB), Prof. Dibu Ojeriende, allegedly diverted N341.9 million from the National Examination Council (NECO) to set up a personal printing press, school and buildings.

Prosecution witness, Dr. Jimoh Olatunde, who testified before the tri­al judge, Justice Abdullahi Mikailu, in the on-going trial of Ojerinde, told the court that N216, 297.443 was deceit­fully withdrawn from NECO account for payments for 17 fictitious printing contracts, which was in actual sense, used for establishing the printing press.

Dr. Olatunde is the first witness to be brought before Justice Mikailu, in a 10-count charge of official corruption and abuse of office brought against Ojerinde by the Independent Corrupt Practices and Other Related Offences Commission (ICPC).

According to a statement signed by ICPC Spokesperson, Mrs. Azuka Ogu­gua, the witness, who is a former Dep­uty Director and Head of Treasury at NECO said, “We follow due process for the award of the contracts strictly on paper but I am confirming to this court that I know what went on underneath despite perfection of all the documents and processes.

“Let me give you an instance, be­tween 2004/5 most printing contracts were awarded to these 17 companies owned by a friend of Prof. Dibu Ojeri­nde. He was the one in charge of all printing materials in NECO.

“He brought a handwritten bill of N246, 914, 890 when he wanted to es­tablish a printing press for Prof Dibu Ojeriende and I was directed to pay 87.6% amounting to N216, 297.443 only. We perfected all the documents through the award of fictitious contracts to the 17 companies.”

While being led in evidence by counsel to ICPC, Ebenezer Shogunle, the witness testified about the various properties he acquired in Minna for Ojerinde using different fronts includ­ing one Alhaji Muri Lamidi, and ficti­tious address in Kontagora, Niger State.

The witness further listed before the court, a multiple storey building known as ‘TejumolaHouse’, Ojodu, Lagos, which was acquired in 2003, in the name of Doyin OgbohiIndustries Ltd from Intercontinental Bank for N27 million and Sapati International School, Ilorin, Kwara State, which was built at an initial contract sum of N98.6 million.