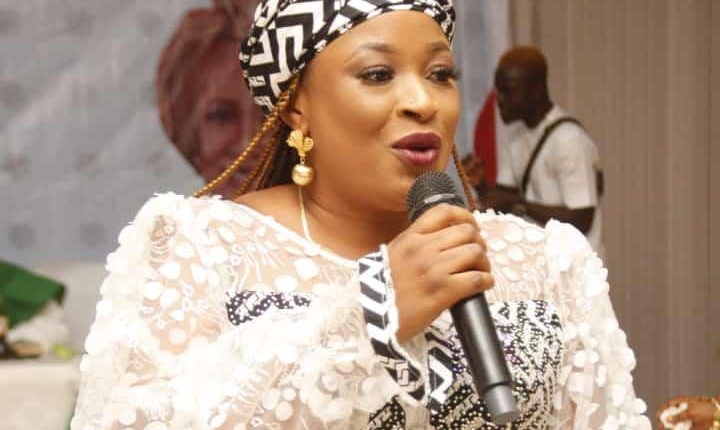 Recently sworn in Oyo South Senatorial Women Leader of the All Progressives Congress (APC), Hajia Fatimah Hassan-Adeleke has advocated for stronger recognition of women through increased representation at all levels of governance.

Hajia Fatima, made the call at the inauguration of Asiwaju Women Cooperative Society, Oyo State Chapter, held this February, in Ibadan.

In her keynote address at the programme, Hajia Fatimah speech bordered on building strong capacities for women politically and how strategic it is to meaningful political participation. She stated that women have to be more intentional about political goals and record breaking targets.

The Oyo Senatorial women leader also pointed out how women are usually narrowed down to only ministry of women affairs, using Oyo state and governor Seyi Makinde’s government as an example, she said the only position given to women in Makinde’s cabinet is the Commissioner for Women Affairs, which she argued that it is not fair enough to justify gender balance in the government.

Hajia Fatimah also discussed how women in politics can build strong capacities for themselves for meaningful participation which will result to political growth.

She however appealed to government at all levels to acknowledge the contribution of women in the society.

Rounding up her speech at the inauguration of Asiwaju Women Cooperative Society Oyo State Chapter, Hajia Fatimah made a direct question to the presidential aspirant of APC, Asiwaju Bola Hammed Tinubu. She challenged the presidential hopeful to clearly state his agenda for women as the 2023 politicking draws nearer.

She said it is very necessary for Asiwaju Bola Hammed Tinubu to state out his plans for Nigerian women.