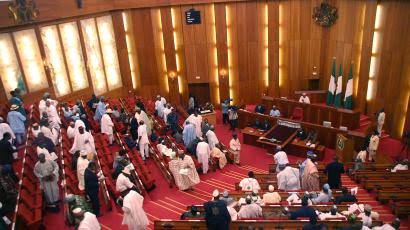 The House of Representatives will pass the 2019 Appropriation Bill before the end of next week.

The Deputy Chairman of the House Committee on Rules and Business, Hon. Olabode Ayorinde, said this during an interview on Tuesday in Abuja, April 23, 2019.

He told Channels Television at the end of plenary that he was optimistic that the Lawmakers would pass the bill latest by next week.

Hon. Ayorinde noted that the resumption of plenary in the House immediately after the Easter break was proof of its resolve to the passage of the bill.

He added that members of the House Committee on Appropriations were absent at the proceedings because they were busy with the completion of the processes.

The Lawmaker gave assurance that the House was committed to passing the budget and other responsibilities before the end of the eighth assembly.