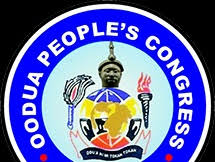 Twenty five Yoruba socio-cultural and political groups have called out their 20 million voters across southwest states, Kogi, Kwara and Delta states not only to vote on Saturday, February 23, but to vote for President Muhammadu Buhari and Vice President Yemi Osinbajo.

The groups directed all the Yoruba in the states to come out “in large numbers to vote for President Muhammadu Buhari and his VP Prof. Yemi Osinbajo, who is one of our own come February 23. The mountains shall depart and the hills removed”.

“We fully support President Muhammadu Buhari and Vice President Yemi Osinbajo, a professor of law, who has over the years built a credible reputation for himself, leading a clergy life of piety, truth, trust and humanitarian affection and based on our exhaustive deliberations with him which began in the past six months on what he has in stock for the Yoruba nation and people.”

The groups also said they were convinced that Buhari-Osinbajo ticket offers hope in place of despair and commitment to many of the political values that are crucial for the survival of Yoruba people across the world. The groups responded to the opposition’s campaign programme of restructuring, with which it had wooed some Yoruba elements. They said the APC also has restructuring in its manifesto. The groups said: “It has set up a committee and a bill in the offing, so the party can be held responsible on a documented expectation. “We also trust the integrity of the two men at the helms more than we do of the main contender.

“Yoruba should not hang her hope on castles built in the sky where loose promises of restructuring are being made in the South West, but a complete negation of restructuring comes forth from their caustic lips when they are in the North. This is treacherous but in line with their past and present.”

In the run up to the elections initially slated for 16 February, the umbrella Pan-Yoruba group, Afenifere at a ceremony in Ibadan on 29 January also endorsed Buhari-Osinbajo ticket.