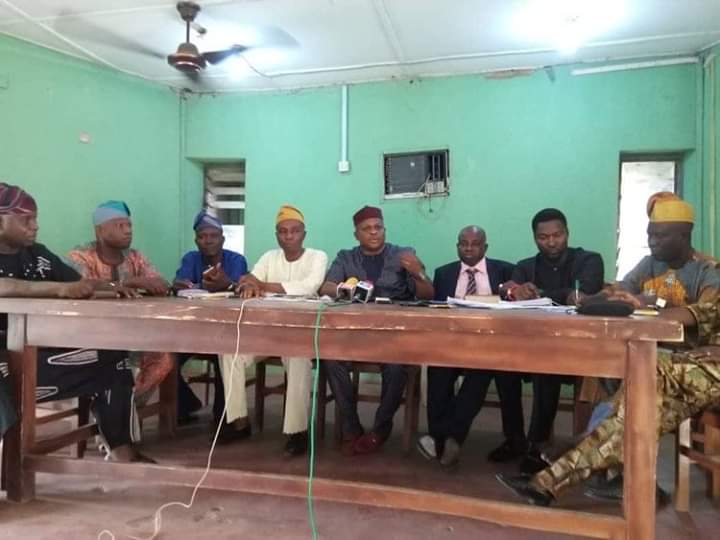 Association of Local Governments of Nigeria (ALGON) Oyo State on Sunday 23rd through Prince Ayodeji Abass-Aleshinloye the ALGON chairman has alerted the public on an ongoing plans of governor Seyi Makinde and his party to Inaugurate Local Government Caretaker Committee against the court order, which stipulated that both parties to maintain the status quo ante till July 30th,2019 for judgement on the appeal case.

In a press release statement made available to Westerndailynews by Oyo ALGON PRO, Hon. Niyi Adeagbo, the association appealed to state traditional rulers, stakeholders and
Oyo State indigenes to advice the governor to desist from political rascality and respect the rule of law.

In a panicky step to prempt the possibility of losing its appeal against the high court judgement perpetually restraining it from dissolving the local government, Oyo state government has concluded plans to constitute caretaker committees in all the 33 local government councils and 35 development areas in Oyo state.

This is another step in illegality and we consider it as executive rascality, an affront on the Judiciary and the rule of law by the new administration that is desperate to return Oyo State to the old way of lawlessness and ‘pankere’ politics of settling constitutional matters by political thuggery.

This is impunity and a resort to self help which would not be tolerated. It will be recalled that our case of contempt of court against the government was adjourned to July 30th,2019 by Justice Ladiran Akintola of High Court 9, Ibadan with his Lordship’s order that the parties to maintain the status quo ante. It is a grave development to find that while other states are moving on to developmental politics and agenda for their people,our own state government in Oyo continue to retrogress into illegality, recklessness and lawlessness,yet it is a government that was sworn in to defend the constitution it now tramples upon with impunity.

As a result of this, we are drawing the attention of Federal Government and Oyo State government to the NFIU directive which restricts the beneficiary of the monthly allocation to only the democratically elected chairmen and not the caretaker arrangement already declared by the Supreme Court and the Oyo state high court as illegal and which is not constitutionally recognised. Any attempt to constitute caretaker committee, interim chairmen, sole administrators/ managers or any such illegal contraption will be tantamount to a breach of the constitution, the rule of law and an illegality. Any such step in impunity is equally an impeachable offence against the Governor under our constitution.

ALGON appeals to traditional rulers, eminent Oyo State indigenes and all people of good conscience to prevail on the government to allow peace to reign by following the path of the rule of law on which democratic government is based.
If the government claims to have appealed the judgment it is disobbeying recklessly, should it not await the outcome of such an appeal?

We will continue to uphold the law and defend the constitution of the Federal Republic of Nigeria, and we will not allow our state to be returned to a state of brigandage and lawlessness.

We are Solidly Behind You – PDP Ib. North LG’s…