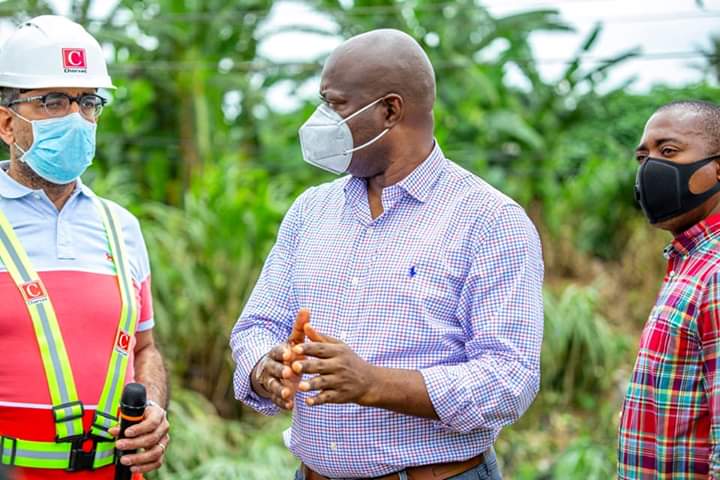 Oyo State Government has approved the payment of N800million counterpart funding for the state to access N2,967,700 from the federal ministry of water resources for expanded water supply, sanitation and hygiene.

The Oyo State Rural Water and Sanitation Agency is to supervise the utilisation of the fund and implementation of the programme in 20 out of the 33 local government areas in the state.

State Commissioner for Youths and Sports, Mr Seun Fakorede, made this disclosure while briefing journalists of some resolutions of the state executive council meeting held on Tuesday.

Briefing the press, the Commissioner for Information, Culture and Tourism, Dr Wasiu Olatunbosun, said the decisions were reached after thorough discussions and deliberations among council members.

Speaking, Fakorede said the fund will go long way in addressing the water, sanitation and hygiene challenges faced in several rural and urban areas in the state.

In his remarks, the Commissioner for Energy Seun Asamu said a fully-fledged fire agency, under the office of the state governor, is to be established.

Backed by an Oyo State Fire Services Agency law, the agency will no more be under the Ministry of Public Works.

“What that does essentially is that it is replacing what was once a unit under the Ministry of Public works and infrastructure and creates a fully-fledged agency under the Office of the Governor to deal with all fire issues in the state.

“This became expedient because of some of the incidences of fire that the state has witnessed in recent times. So, the agency, in essence, is to coordinate the activities of fire authorities across the length and breadth of the state.

“It is to extinguish and stop the spread of all fires while advising the government on the risk associated and things that can cause a fire in the state. The bill has been forwarded to the State Assembly for consideration.

In his own input, Olatunbosun said Governor Seyi Makinde has directed the consultant conducting the ongoing screening exercise of the state government to conduct online screening of the state’s pensioners that are stuck abroad as a result of COVID-19.

“The Council also approved the screening of pensioners who are outside the country and could not get back to the country for the physical screening. The Governor who is the Chairman of the Council has instructed the Consultant to screen those pensioners online through a video call.

“So, the pensioners in the diaspora have been on our neck for a while pleading with the Governor to look into their case and the action of the governor has shown that he is a governor with a human face,” Olatunbosun said.