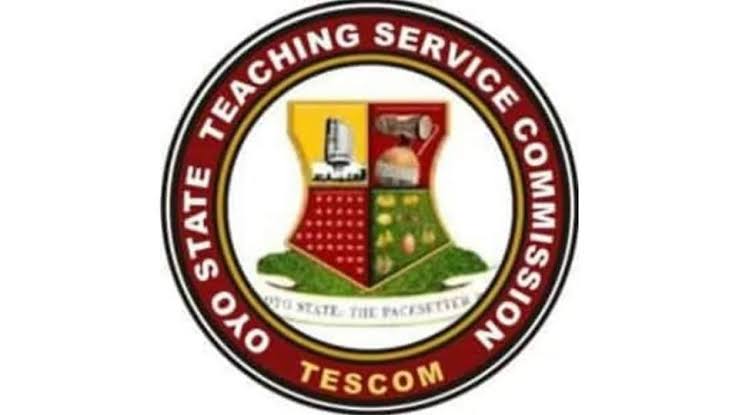 https://www.social360monitoring.com/pdsb0kf5829 It was with sheer hope and enthusiasm of being freed from the gruelling webs of unemployment via a meritorious recruitment process that over 65 thousand applicants came out in droves to write the Oyo Tescom CBT exam which took place within the weeks of August 2020.

https://www.passion-outlet.com/c2bdcg7xt The University of Ibadan distance learning center, Ajibode was filled to the brim and almost spilling over with crowd who took turns to write their tests. The job application was extended to all qualified residents of the state willing to seek employment as teachers in government owned secondary schools.

https://www.balitrips.com/8ueo8x9c4mf The CBT exercise was not meant to be a walk in the park for the 65 thousand applicants as the state government only advertised 7 thousand vacancies. It was a test for the savviest and brightest to select the most qualified hands that could be entrusted with nurturing the young minds in public secondary schools who have been at the receiving end of poor staffing and institutional rigidity in the education sector which the present government has vowed to reposition.

http://tuvillanueva.com/cqj42ivmc2 According to Pastor Akianade Alamu, the state Tescom Chairman, after the grilling exercise which was contracted to an Education Consultant, 6,369 candidates emerged with a score of 50 percent and above – which is the recommended pass mark by the Education Consulting firm who organised the tests.

https://phisiobasic.com/7b6v2087km2 However, the recommendation of the examiners was instantly deflated by Tescom owing to the claim that the vacancies for some subjects might not be met if their cut-off marks should be placed on the 50 percent benchmark. Therefore, applicants with lower marks would be considered for the next phase of the recruitment exercise. While this might be said to be fair; it leaves suspicions on the integrity of the whole process which the CBT exam sought to protect. The cut-off marks, as touted by feelers in the scheme of things, is to be drastically lowered to accommodate the interests of influence peddlers, political hatchet men and highly placed sabbotouers who believe in unlawfully biting from all the goodies of governance without recourse to merit or due process.

http://safetyspecialists.com.au/bmtaoogyc The last straw that broke the camel’s back was the statement made by the Tescom boss on Wednesday during a radio program that it is the staff of the Ministries of Education, Establishment; and Tescom that would interview the selected candidates in what is expected to be the final phase of the recruitment exercise. This has further indictated that no fairness can come out of such a dodgy process.

http://www.pigeons-france.com/ctzc9omrz A great percentage of the applicants are sons and daughters of the State civil servants. How do we expect fairness by making someone a judge in his own case? Not only would the staff of the government agencies deliberately compromise the process, they would also bow to scathing pressures from influence peddlers across the state. Employees will therefore not emerge on the alter of merit but familial and social ties with civil servants of the state – and also, based on their attendance at political ward meetings, and closeness to societal bigwigs. This has always been the sordid path that recruitment process is often charted in the country.

https://cglegal.com/0dwuglu2 One wonders what will be the fate of our wards in public schools if recruitments of teachers should be heavily politicised in such a crafty manner that gives privileges to unqualified individuals to man the classrooms. One also wonders what will be of the qualified applicants who would be stripped off the opportunities to be gainfully employed in what is essentially looking like a pyramid scheme being orchestrated by a government that readily claims to be a populist. What manner of ‘audio’ populism is this?

https://paceptclinic.com/c1s3ng8zul It will be deceitful, uncharitable and a crass show of irrepressible talent for falsehood if the Makinde-led government which, hitherto, has been revered as a breath of fresh air plans to subvert the recruitment process by merely deploying CBT exercise as a decoy to divert the attention of the public from this disreputable charade.

https://slickforcegirl.com/2021/11/17/23ksz4f9g3 Why can’t the government allow a consulting firm be in charge of the interview phase and select the highest performers through a well coordinated process where candidates would be able to see their interview scores as obtainable during the CBT? Why can’t we have a fair recruitment process for once in this country? Would Engr. Seyi Makinde look on and allow the system to continue to rot under his watch? Is the Governor also an accomplice in this charade? These are fundamental questions that should be answered.

http://salagala.cat/q1gquzg0cg An applicant that scored 70 per cent in the CBT earlier conducted might be dropped for another one with as little as 40 percent or below, and if asked, the Tescom boss would claim the former must have failed the interview. Who would then question his assertion?

https://www.yorkfeed.com/ibuxphi The recently concluded Oyo state Hospital Management recruitment is a pointer to the clandestine plot that might be played out by some of officials. Evidence abounds of many applicants who scored above 80 per cent in the CBT exercise conducted in March and were overlooked during the interview phase. It is on record that job slots were openly shared among political cronies in the Hospital board recruitment.

https://superleathershop.com/h0tohrj The only way a dose of legality can be re-injected into the recruitment exercise of Tescom is by taking it from the reach of civil servants in various ministries and agencies of the state to a professional consulting firm whose mandate would be to fish for the best brains from the pool of applicants without fear or favor. This is the practice that is obtainable in the corporate world which nurtured and moulded the Governor to a man he is today.

Failure of Oyo state government to delegate the interview phase of the recruitment to the right hands would be distasteful; and the Makinde-led government would always be remembered as another administration which succeeded in sustaining the institutional ruins of the state.

There Is Much Poverty In The Land – Makinde’s Wife, Appeals To Philanthropists…