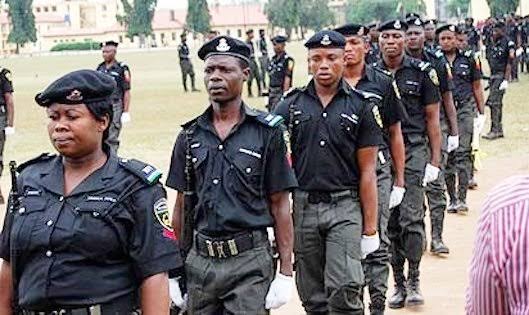 Olukolu stated this on Friday during the commissioning of an administrative building donated to the Egbeda divisional police headquarters by the CEO of Crime Alert Security Network, Mr Amos Gbenga Olaniyan, through the facilitation of the Egbeda Police Community Relations Committee (PCRC).

Speaking further, the police boss said those being recruited are between the ages of 21 and 40, and they must be respected members of the communities who are also gainfully employed.

The police commissioner said the recruitment, which is being done at the local government level, with the support of the traditional rulers, would help boost the synergy between the police and members of the public, especially in the area of intelligence sharing, which will then lead to crime-free communities.

Olukolu, thereafter, commended the gesture of Mr Olaniyan, saying the project would go a long way in making the work of policemen at Egbeda division easier.

He said the IGP’s initiative, which is community policing, would help foster a common goal between the police and members of the public in the area of security.

Olukolu then commended members of the Egbeda PCRC for their support to the police in their community, adding that it would make the policemen go the extra mile in the discharge of their duties.

Earlier, the CEO of Crime Alert, Mr Olaniyan, said it is high time the police and other security agencies partnered with the private sector to improve security in the country.

He said the government could not do everything alone “and that is why it is important the private sector is brought on board in order to tackle the security challenges facing the country.”

Olaniyan also called on the Federal Government to embrace technology in order to overcome the country’s security problems.

“The government must realise that technology will make everything we do easier, and we should not be suffering in silence when there are technologies that can make the work of our security agencies easier in busting crime.

We Will Regulate Activities Of Okada Riders – Oyo Govt