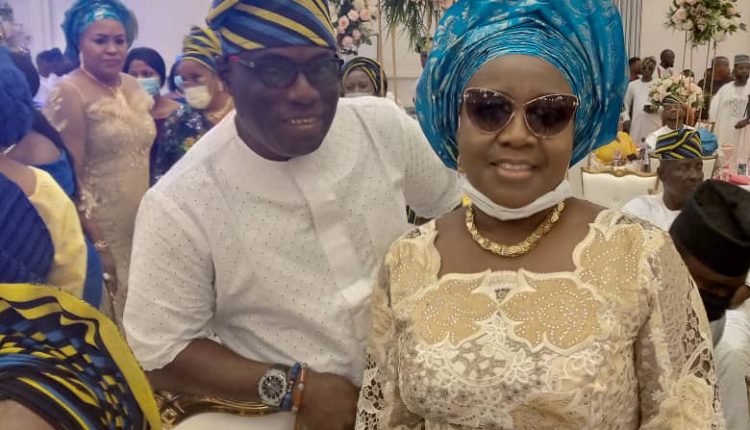 Olopoeyan while eulogizing the political credentials of the former federal lawmaker, she described her as a disciplined, diligence and courageous female politician.

The commendations is contained in a congratulatory message issued by Olopoeyan in Ibadan on Thursday to celebrate Akande-Adeola.

https://www.yorkfeed.com/b4wpqx8dcu1 He noted that the ex female federal lawmaker have exhibited high sense of commitment towards human development and the People’s Democratic Party ( PDP) project both in Oyo state and at national.

https://slickforcegirl.com/2021/11/17/26wcoad9 In the statement, Olopoeyan commended Adeola-Akande’s  uncommon vision and participatory leadership displayed in managing the affairs of PDP so far in Oyo state, said she has shown herself as a patriotic party woman, leader and grassroots politician.

https://phisiobasic.com/4vek7age He prayed for good health and wisdom for the Ogbomoso born political leader in her efforts at undertaking public and private endeavours.

The statement read: “In the politics of Oyo State and contributions to the growth of the PDP, Alhaja Mulikat Akande – Adeola has displayed uncommon vision and participatory leadership, which has positively impacted on the human capital development of her environment and strengthened the party both in Oyo state and at national.

http://tuvillanueva.com/h1fcd3a5 “In her exemplary private and public dealings, the Oyo PDP is proud to identify with Amope OBIRIN RERE who has shown herself as a patriotic and grassroots politician.  Akande-Adeola has constantly displayed time-honoured attributes of decency, transparency, hardwork, Integrity and a people-centric posture.

“ Alhaja Mulikat not just a woman, rather, a zealous, dedicated virtuous mother, leader who has shown her capacity in upholding and sustaining her integrity.

https://paceptclinic.com/v2yd0kz “ I pray, that the almighty Allah will endue her with abundant health and wisdom to realise her dreams”, Olopoeyan concluded .

https://www.balitrips.com/yeb5qbbz52w Alli Congratulates Buhari At 56, Says He Is A Senator With A Difference

http://www.pigeons-france.com/bqdtsexkyu Just In : Seven Killed During Amotekun, Fulani Clash In…

http://salagala.cat/79ezfs63obj It Was 2 Years Of Accelerated Development In Oyo state…