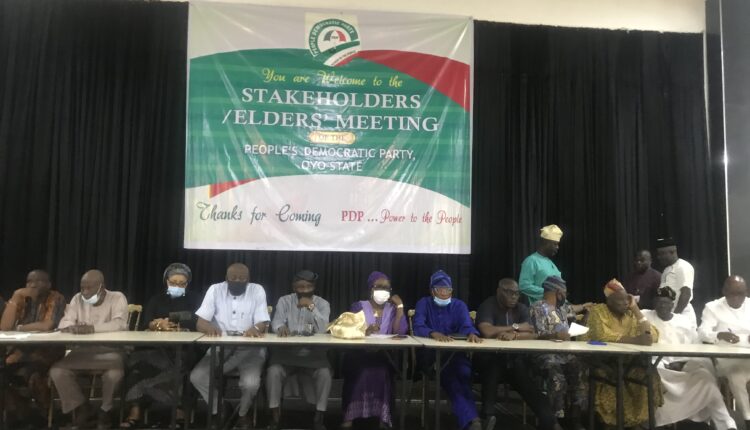 Oyo PDP Aggrieved Passes Vote Of No Confidence In Makinde, Prepare For Parallel Congress On Saturday

The Oyo state People’s Democratic Party leaders and members on Monday have passed vote of no confidence on the leadership of the executive governor of Oyo state, Engr. Seyi Makinde.

The aggrieved during the meeting held at Jogor event center said, governor Seyi Makinde is not trustworthy and reliable, thereby didn’t want him to return as governor. 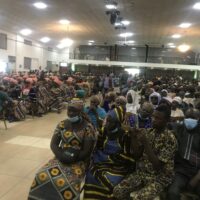 At the meeting, the Oyo PDP aggrieved group also declared that, there is no going back on the planned parallel congresses, urged all members of the party to go ahead to conduct a congress at their various wards next Saturday. 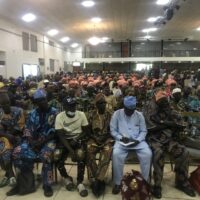 Saying that they have accepted what has befallen them, the leaders urged members to be prepared for the congress which begins this week.

“Go to your wards, mobilize your people. Don’t fight anybody. Record whatever happens and leave us to do the remaining in Abuja,” Akande-Adeola assured.

Akanbi, who spoke earlier, said never again would they entrust their destinies in the hands of someone like the incumbent governor.

Some of the aggrieved leaders that attended the event were, Mulikat Akande Adeola, Nureni Akanbi, AbdulRasheed Olopoeyan, Gbolarumi Hazeem, Femi Babalola and host of others, members drawn from all the 33 local government areas of the state, vowed to ensure they do everything to prevent the emergence of Makinde from getting the party’s ticket for the second term.

Oyo LG Chairmen Vows To Remain In Office After Proclamation…

Again, Many injured, Shops Burgled As Hoodlums Clash In…