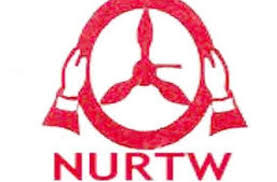 The Alhaji Abideen Olajide (aka Ejiogbe)-led faction of the proscribed Oyo State chapter of the National Union of Road Transport Workers Union (NURTW) has described as untrue a report that the national body of the union has recognised Alhaji Mukaila Lamidi (aka Auxiliary) as the state chairman of the union.

A report trended on the social media Wednesday evening that the NURTW national president, Alhaji Najeem Yasin, endorsed Auxiliary during his reconciliation visit to Ibadan, the state capital.

However, Ejiogbe, in a statement issued by his media officer, Mr Sunday Orotokun, on Thursday, debunked the report, saying “It is unfortunate that some people have started spreading lies that Alhaji Yaasin has endorsed Auxiliary.

In Ibadan, EFCC Foils Attempt To Smuggle Hard Drug To…