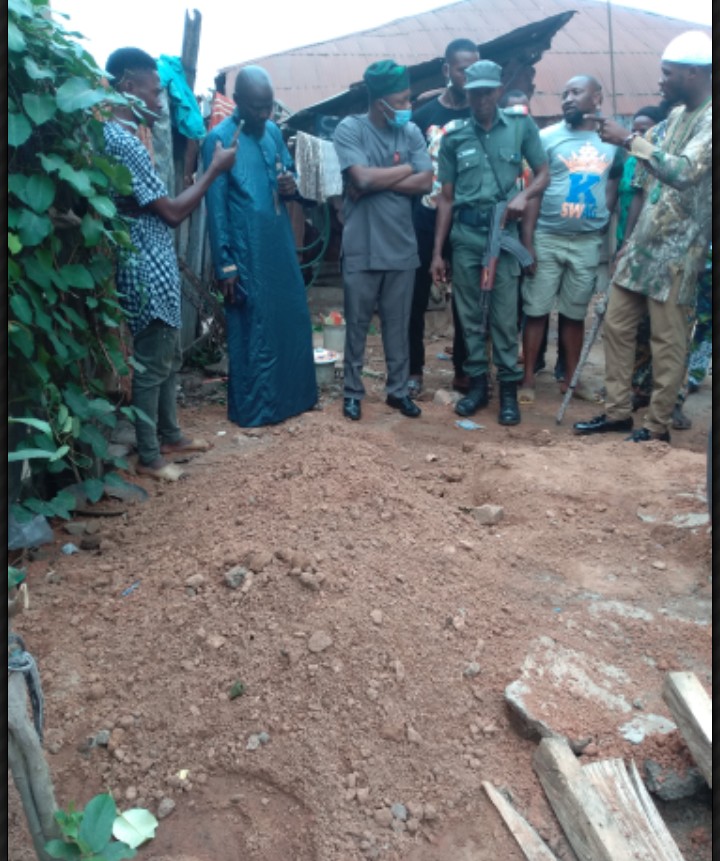 Lawmaker representing Ibadan Southwest constituency I, Hon. Yussuf Adebisi, on Thursday visited Ateere Compound in Ibadan, to sympathize with the family of late Rilwan Adio, who was murdered by some hoodlums at Fooko area.

Hon. Adebisi who visited the bereaved family at Ateere compound, Fooko area said he was traumatized when he heard the sad incidence that took the life of late Rilwan.

Hon Adebisi condemned the killing and said he will liaise with the security agencies to do everything to apprehend the killer of Rilwan Adio.

” It saddened, its a pity we lost one of us again, I wonder why we youths decided to be killing each other, what did the killer want to gain, killing our brothers in the same community ” Hon. Adebisi stated.

While giving details of the incidence to Hon. Adebisi, an eye witness said a suspect, Sulaimon Boko pointed gun at late Rilwan and killed him in the presence of onlookers, having promised to kill Rilwan earlier.

” he was killed by Sulaimon Boko. He has earlier told Rilwan that he (Rilwan ) will be killed and will be buried before dawn, so when he shot and killed Rilwan, we were not surprised because he has promised to kill him. Gboko also named other people he will kill in the community”. Witness gave account.

“This is sad development once again, heightens the level of fear that has pervaded our community even as it represents a despicable commentary in all ramifications,” Hon. Adebisi said.

The lawmaker appealed to the people of the community to remain calm and allow the Police to unravel the perpetrators of this murder.

He promised that the perpetrator would not escape justice.

He prayed that God to comfort and give the family a fortitude to bear the grievous loss.

Oyo Lawmaker’s Death: A Rude Shock, Great Loss To Us…