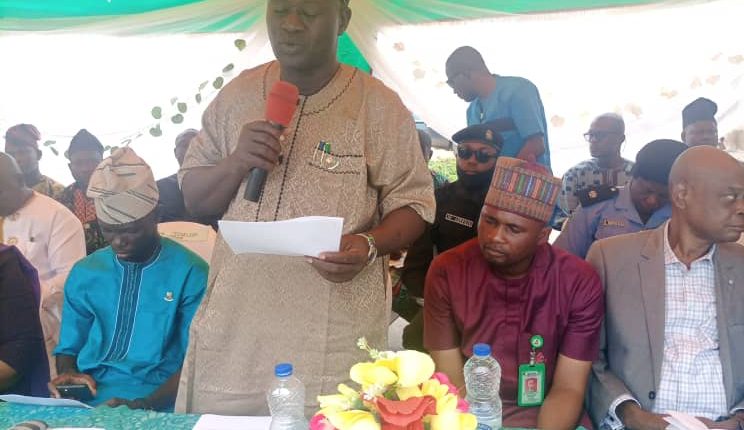 As part of measures to curb insecurity in the state, Oyo state government says it has put up an integrated security initiative, to be called Voluntary Policing Sector to address security problem facing the state.

Owoseni, who noted that the VPS will capture all the local security groups in the state, stated it will begin operations next month with a workshop for stakeholders in the security sector, having concluded its Standard operational guidelines.

He emphasized that the programme was to complement the effort of the security agencies to reduce crimes across the state.

The former Lagos state Commissioner of Police attributed the insecurity going on in the country to the failure of federal government to provide the needed motivation to security personnel.

He however stated that governor Makinde is committed to protecting lives and properties of the people, and will not compromise this for anything.

Owoseni explained that the governor’s promise to repair the vandalized police stations, as well as compensating families of the officers, who were killed during the last #endsars protest was still intact.

Earlier in his remarks, the executive chairman, IBNW local government, Hon. Rahman Adepoju, charged the people to be vigilant and report strange movements in their communities to appropriate authorities for necessary actions.

Hon. Adepoju expressed confidence that the programme will form the basis for providing lasting solutions to security problems battling the state.

He however urged the youths to shun communal clashes that may jeopardize the peace in the land, and avoid being used by some politicians for their selfish interests.

Also speaking, the Director General, Operation Burst, Col. James Oladipo (Rtd) charged the law makers in the council to make bye-laws, banning the early morning sales and consumption of alcoholic drinks in motor parks, joints and other places under its jurisdiction.

Col. Oladipo commended the organizers for the initiatives, calling on others to emulate such programme to complement the efforts of the state government to tackle insecurity.

He urged the Landlord associations and other relevant groups to cooperate with security agencies, to arrest perpetrators of crimes in their communities.

The DPO, Mokola Police station, SP Jonah Adetutu, who maintained that the criminals, perpetrating crimes often ride on bikes, urged the leadership of ACOMMORAN and other stakeholders in the transportation sector, to support government to tackle the menace.

Also speaking, NDLEA boss, Ajanaku Toyin, charged the chairman to set up a separate committee in the council, to see to the security issues that may come up.

The Baale Ekotedo, Dr. Taye Ayorinde opined that data collection of residents in the council will go a long way in reducing crimes from the grassroot.

Mulikat Adeola Is A Systematic Leader, Never Desperate For…

Wole Oyelese Is An Outdated Minister, Following Him Will…