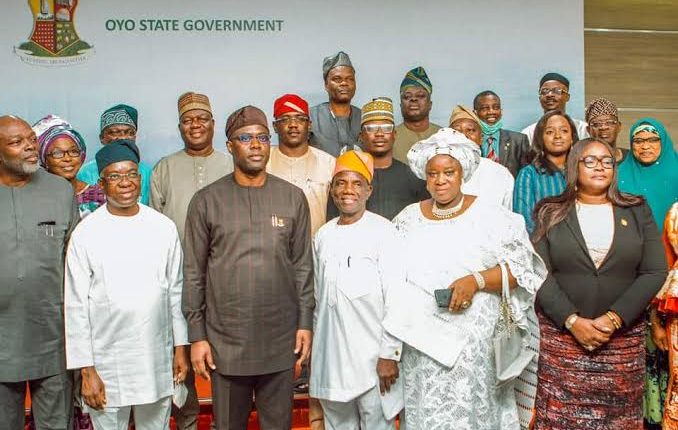 It is no longer news that, the executive governor of Oyo state Seyi Makinde, has announced the dissolution of the state’s Executive Council. He sent home his Chief of Staff (CoS) and  17 Commissioners.

The Chief of Staff to governor, Chief Bisi Ilaka, was sworn-in on 29 May 2019, Spent twenty five months ( two years, one month ) in office while the commissioners was sworn in 14 August, 2019 with a month and two weeks to clocked two years. Two out of the 17 were replaced thereafter due to the death of one and the other sacked, due to low performance.

4. Commissioner for Education, Science
and  Technology

8. Commissioner for Energy and Mineral Resources

9. Commissioner for Agriculture and Rural Development

11. Commissioner for Information and Mass Mobilization

14. Commissioner for Establishment and Training

The remaining Council members who were not affected include the Secretary to the State Government (SSG) Mrs Olabamiwo Adeosun, Head of Service (HOS) Mrs. Amidat Ololade Agboola and the Director General of Due Process office Ms Tara Adefope.