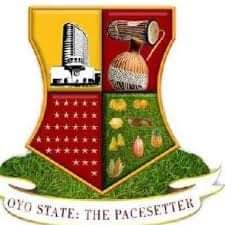 Oyo state government said it has not suspended its Special Adviser on Information and Communication Technology (ICT), Mogaji Niyi Ajao, contrary to an online media report.

“Our attention has been drawn to a publication by an online news platform claiming that Governor Abiola Ajimobi’s SA on ICT, Mogaji Niyi Ajao, has been “suspended from work without pay. This is totally false”, Oyo government said in its Facebook post around 12:18pm on Thursday.

According to an online media report, “Governor Abiola Ajimobi of Oyo state has suspended Niyi Ajao, his Special Adviser on Information and Communication Technology (ICT), without pay”.

The reports also informed that Ajao, a former Shell employee, has the ears of the Governor, whom he always refers to as “daddy”. But he has since lost his place in the Governor’s good books on account of his mismanagement of funds meant to provide “logistics” to the party’s leaders and foot soldiers during the general election

However, a statement released on the government’s Facebook handle further said : “We urge well-meaning citizens to dissociate themselves from this farcical story and desist from its dissemination”.

Lekan Balogun Not Qualified To Be Olubadan – Michael…