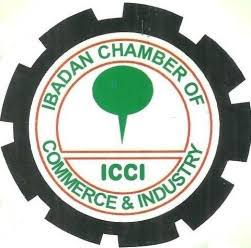 THE Olubadan of Ibadan, Oba Saliu Akanmu Adetunji (Aje Oguguniso I) and the Commissioner of Police in Oyo State, Sina  Olukolu, have pledged their support for Ibadan Chamber of  Commerce and Industry, Mines and Agriculture on how to make  their business thrive in a conducive environment wherever they  are domiciled in the city of Ibadan and by extension Oyo state  at large.

Olubadan pledged his support when members of Ibadan  Chamber of Commerce led by the president, Ismail Alapa, paid a  him a visit at his Popoyemoja palace, Ibadan, on Tuesday to

felicitate with him on the occasion of his third anniversary on the throne.

The traditional ruler who described Ibadan Chamber of  Commerce as one of the formidable business organisations in  Ibadan, noted that it was the belief of some people that  Ibadan is actually a civil service state but members of Ibadan  Chamber of Commerce have through their efforts made Ibadan to  be renown for business prosperity.

“I want to assure you of my support whenever it is needed  particularly as it relates to making your business more  flourish. I want to also implore you to do more so as to  reduce poverty rate in Ibadan by creating more employment
opportunity for the growing list of our unemployed youths.”

In his remarks, President, Ibadan Chamber of Commerce,  Ismail Alapa, told the Olubadan that they were in his palace  to familiarise with him stating that since the new executive came on board, they have not visited him. He also hinted that  the team also came to felicitate with him on the occasion of  his third anniversary on the throne.

The Commissioner of Police in Oyo State, Sina Olukoku,  while playing host to members of Ibadan Chamber of Commerce  who had gone to pay him a courtesy call in his office also on
Tuesday, promised to cooperate with them to ensure that their  businesses run in a peaceful environment.

“We operate an open-door policy where every individual  can have access to us of which can be realistic through  community policing. By doing this, we stand to understand ourselves better to serve you better as well as the society at  large.

You would also be able to achieve the aims and
objectives of which your businesses are established.”

President, Ibadan Chamber of Commerce, Ismail Alapa,  thanked the commissioner of Police for the warm reception and  the support he pledged to the chamber, saying that members of  the chamber would try as much as possible to cooperate with  the police in order to carry out its duty of protecting  various business entities in Ibadan. effectively.