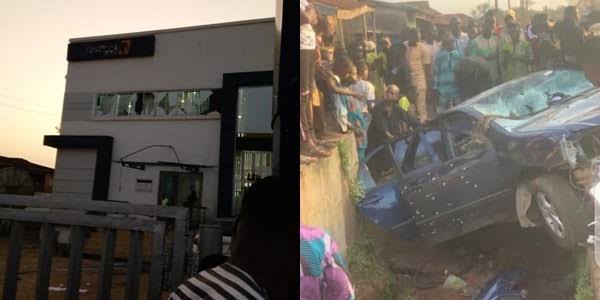 Three more members of the gang that robbed a bank branch in Okeho, Oyo State have been arrested.

The Police Public Relations Officer (PPRO) in the state Mr Olugbenga Fadeyi said that the three were arrested with the cooperation of local hunters, vigilante and the entire members of the community.

With the latest arrest, a total of five members of the gang are now cooling their heels in police custody.

The gang had swooped on the commercial bank last week, firing a dynamite to blow the security door open.

They gained entry and accessed the strong room.

While escaping, however, they were pursued by local hunters, vigilantes and members of other security agencies in the town.

Their 18-seater bus summersaulted due to overspending, giving room for some of them to be arrested. Three of them were set ablaze immediately by the angry mob while others escaped in different directions.

A police man was also killed during the incident.

Fadeyi said the five suspects are now being interrogated by the Special Anti-Robbery Squad in Ibadan, the state capital.