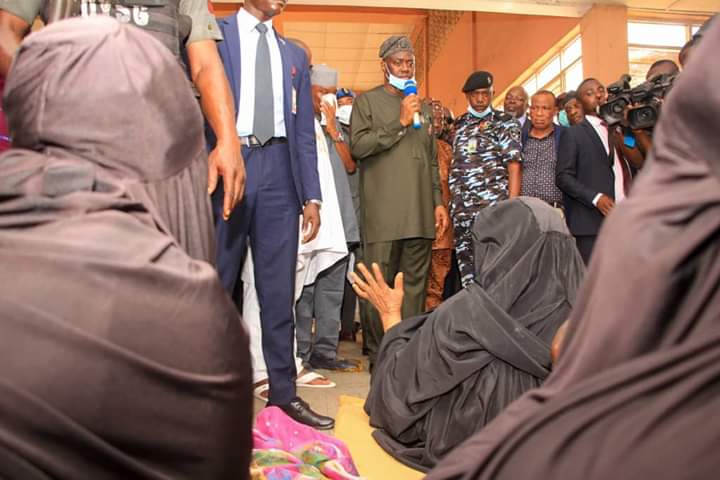 Governor Makinde of Oyo state on Tuesday led team of top government functionaries to the Alfa Olore Islamic rehabilitation camp Ojoo, where Oyo state command of the Nigerian Police Force uncovered an illegal correctional center and freed about over 200 detainees.

Makinde in a statement after the visitation on is Facebook page said “It was disheartening to see the inhumane conditions in which our people were detained at the illegal correctional centre at Olore Central Mosque, Ojoo, which was raided by the police, yesterday. I have ordered the demolition of the buildings.

We will prosecute all those involved in this illegal activity to the full extent of the law. We also visited the rehabilitation centre, for recently freed people. We’ve mobilised the Ministry of Women Affairs and Social Inclusion, the Social Welfare Agency to administer immediate palliative measures for the victims. We will also look at the deeper issues, how to resettle them, reunite them with their families and ensure they remain safe.

Our administration will do everything possible to ensure this kind of illegal activity is stamped out of our state.

I urge our people to report such illegal activities in their communities to the authorities. It was a tip-off by a member of the public to the police that led to the rescue of over 200 illegally detained persons. I also encourage our people to use legal channels for the rehabilitation of erring members of society.