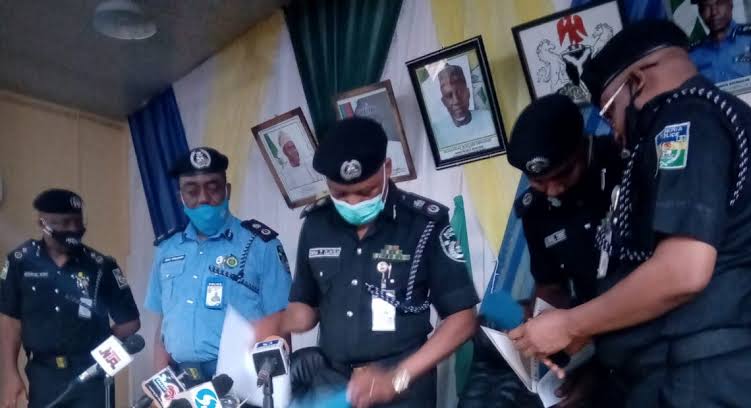 https://www.aimilpharmaceuticals.com/vk5di9cjyf The Commissioner of Police in Oyo State, Joe Enwonwu, has held meetings with traditional rulers and other stakeholders in Ibarapa and Oke-Ogun areas of Oyo State over alleged invasion of bandits and farmer-herder clashes.

A statement by the Police Public Relations Officer (PPRO) in the state Mr Gbenga Fadeyi, said the police command had an agreement with stakeholders in the various communities on how to jointly combat the suspected criminals. It added that an accord had also been reached by both farmers and herders to prevent future clashes.

https://slickforcegirl.com/2021/11/17/aisoi673 Enwonwu spent the outgoing week meeting all stakeholders in the vast communities to build a joint action against criminals and build peace between farmers and herders.

https://www.social360monitoring.com/t9oxh6x Aare Gani Adams had on Thursday alerted that suspected terrorists had invaded Kishi area of Oke-Ogun, adding that they were already terrorizing the community. He said they occupied a portion of the vast forest reserve in the area.
esidents of the community also confirmed the claim.

http://salagala.cat/p7zmpum91 Sen. Lanleyin Will Always Be Our Father, Leader – Hon. Kunle Others After Returned To Ladoja Group

https://www.balitrips.com/5di1xeu Attack On Fulanis By Igboho : There Maybe Counter Attacks In…