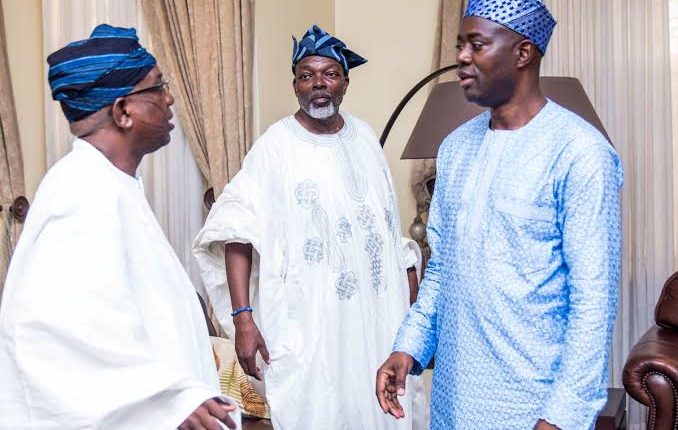 The Chief of Staff to the governor of
Oyo state, Chief Bisi Ilaka has disassociated himself from some campaign posters circulating on internet, linking him with 2023 governorship race.

Ilaka in a released statement on Monday said, the group and individuals behind such agenda are nothing but evil and enemy of his good relationship with governor Seyi Makinde.

He said he knows nothing about the
campaign posters on circulation and he has no interest in competing with his boss, Seyi Makinde.

The Oyo high Chief advised Oyo state residents not to worry about the handiwork of the enemy of the state, said Makinde , the God chosen man and people’s governor will get another four years mandate.

” The attention of Chief Bisi Luqman Ilaka, Chief of Staff to Governor Seyi Makinde, has been drawn to some campaign posters being circulated on social media by unscrupulous individuals linking Chief Ilaka with a non-existing governorship ambition. It is so obvious that those behind the evil agenda are envious of the very cordial relationship between the amiable and performing Governor Seyi Makinde and his Chief of Staff and are therefore hellbent on driving a wedge between them.

” It is not surprising that these faceless individuals, after terribly failing in their machinations to smear the Chief of Staff through various tales (and they being apostles of lee mo -hang it on him kind of politics), have chosen the ignoble path of a phoney governorship aspiration to give Chief Ilaka a bad name and hang him. And they will continue to fail.

” Governor Makinde, who is reputed as the people’s Governor, even beyond the shores of Oyo State, is doing very very well and will be given a second term mandate by the good people of Oyo State, no matter how hard these political jobbers try to spin untruth and disseminate same. The general public is advised to ignore such poster. Chief Ilaka knew thle governorship existed before he chose to contest as Senator. 2023 is in God’s hands. Ilaka is focused on delivering on what Governor Makinde assigned to him.

As APC Elders Advisory Council Head, I Will Not Support Any Aspirant For Any Elective Office – Akala