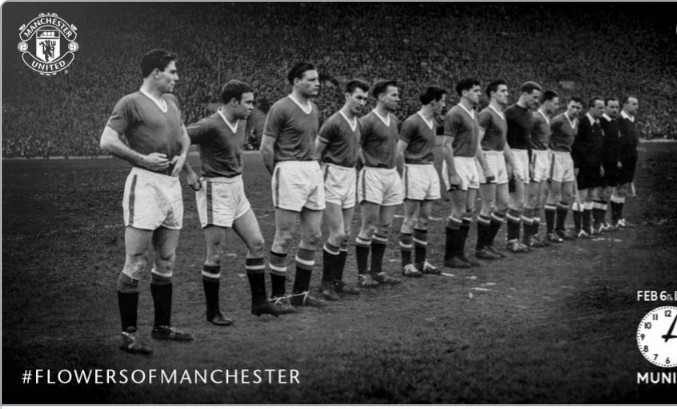 Munich air disaster happened exactly 61 years ago in 1958 happened when Manchester United team on board a British European Airways were involved in a plane crash shortly after takeoff.

Unfortunately, 23 people died including eight members of the Red Devils squad after they had qualified for the semi finals of the European Cup. The entire United squad led by Matt Busby were returning from Belgrade where they had played a 3-3 draw with Red Star in the quarter finals.

The team’s chattered flight, Airspeed Ambassador G-ALZU, was delayed for an hour because one of the players forgot his passport. The flight had a stopper-over at Munich-Reim Airport to re-fuel and because of bad weather conditions, the plane was not ideal for flying. The first two attempts at take-off was aborted by pilot James Thain because of engine trouble and on the third try, the plane was unable to ascend high enough before it crashed into a fence at the end of the runaway.

More than half of the people on board died with several sustaining injuries including coach Busby who was in critical condition for weeks. Eight players and three officials also died. The captain of plane survived the accident and was later charged with criminal negligence and photos revealed he ignored an icy buildup on the wings. Further investigations revealed there was little ice on the wings which had slowed down the plane at the point of takeoff, making it impossible to properly elevate. The captain was later given the all clear ten years later.

But that did not stop Manchester United from lifting their first European Cup title that same year and two players who survived the crash were also part of the squad. Meanwhile, had earlier reported that Premier League giants Manchester United are marking the 61st anniversary of Munich air disaster today, February 6, 2019. The Red Devils lost eight players and three other staff members while returning from their European Cup clash against Red Star Belgrade.

Finally, Makinde, Wike Others Decide To Meet Atiku At The…