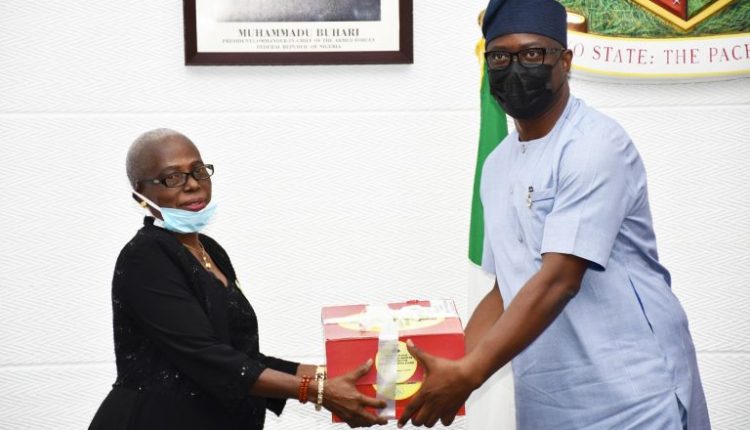 The Oyo state judicial panel of inquiry into police brutality and other related matters has submitted its report and recommendation to the state Governor Seyi Makinde.

Former chief judge of Oyo state, Hon. Justice Badejoko Adeniji who chaired the judicial panel led other members of the committee to present the panel reports and recommendations to the Governor at the executive council chambers of the Governor’s office.

Delivering the report, justice Badejoko Adeniji disclosed that the panel received 151 petitions with about 30 petitions struck out while 121 petitions were adjudicated upon for award of necessary compensations.

The chairman of the panel, Justice Adeniji further explained that the reports and recommendations had been divided into two volumes comprising violation of victims by the state security agency (Amotekun), Operation burst and unknown hoodlums while the second volume contained violation by officers of SARS and the Intelligence Response Team.

In his response Governor Seyi Makinde said  the essence of the inquiry was not to apportion blames but to solve problems as well as prevent future occurrences.

The governor granted full scholarship to one of the victims of police brutality Samuel Ogundeji already assisted by the panel to secure admission in a tertiary institution.

He assured that his administration would study and implement recommendations of the panel.

Governor Makinde commended members of the panel for their meritorious effort, and acknowledged that police officers who were also victims would be compensated accordingly as police lives also matter.

It would be recalled that the judicial panel of inquiry was set up following nationwide protest against police brutality tagged ENDSARS in October 2020.