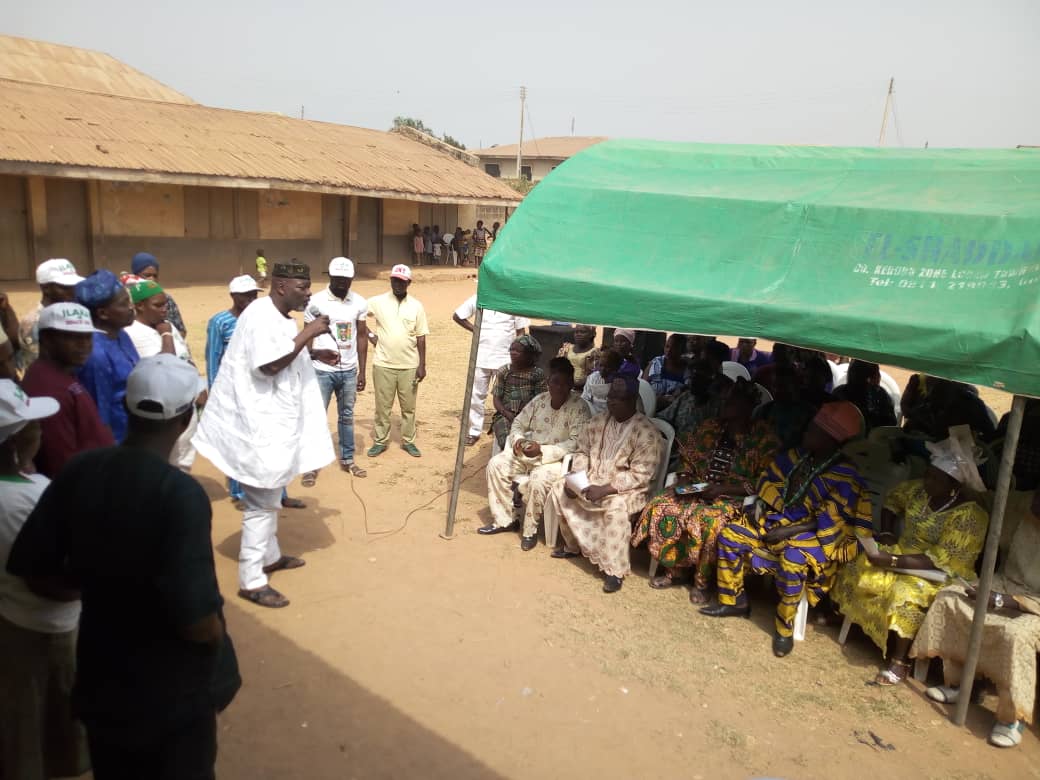 Over 30 Communities in Egbeda Local Governments has thrown their weight behind the candidate of the People Democratic Party ( PDP ), Chief Bisi Ilaka for the Oyo Central Senatorial District.

The communities also rejected a serving member of the House of Representatives who is also vying to represent his constituency at the red chamber.

A source disclosed that the decision to support Ilaka was decided at a meeting jointly held at Araba Community primary School playing ground, Egbeda Ward 9, Ibadan where each community was represented by their Balee (s), Landlord Association chairmen and other community leaders.

While Speaking on behalf of the communities, Baale Araba Community narrates the reasons why all the communities decided to cast their votes for PDP in the next general election.
https://boomchampionstt.com/zg1lndzrrjv
He said, “it was during PDP regime that most of communities in Egbeda enjoy a deserved dividends of democracy.”

Araba further appreciated the tenure of PDP, saying it was during their tenure that all the major social amenities in the communities were provided.

“I am corroborating the assertion of Baale Araba” Baale Adewolu also confirmed the impactful developmental achievement of PDP regime in the communities.

According to him, communities like, Mosopa, Adewolu, Adaba Erin , Laale, Laogun, Oke Osi, Pepeye, Araba, Akinbode and others has being waiting patiently for the return of PDP in power.

In his thank you message for warmly reception, Chief Bisi Ilaka thanks all the communities for their trust in PDP and readiness to bring back the tested party. He assures them of an improved dividends of democracy.

The Oyo Central senatorial hopeful promised mediates between the communities and the leadership of the party.
“I am promising you an easy accessibility. I will be a representative with a listening ear and am promising to easily sees to your complains.
https://www.opulentinvest.com/udcjbannmi0
There will be a fixed date and time when we will be meeting in the senatorial office of your zone to discuss your related issues.”

20 killed as truck crashes into market in Ekiti